A gadget may refer to any of the following: 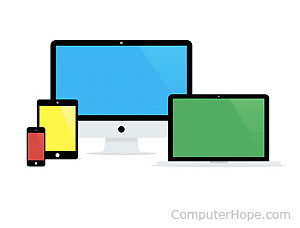 1. A gadget is a new, often expensive, and relatively unknown hardware device or accessory that makes your life or the use of another device easier or more enjoyable.

As a gadget becomes widely used, it is no longer referred to as a gadget. For example, when cell phones were first introduced, they were considered gadgets. As they became more mainstream, they were no longer considered a gadget.

2. When referring to software, gadget is another name for a widget.

3. A gadget is also an additional feature that can be added into the Windows Vista Sidebar. See the Sidebar definition for additional information about this feature.