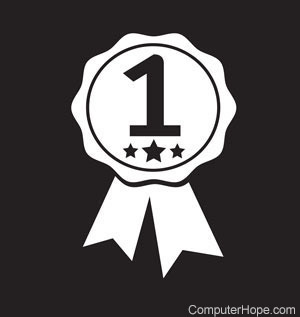 A primary jumper setting is found on a hard drive or CD drive, and adjusted using jumpers, as shown below. The primary setting allows for two devices to be attached to a single IDE/ATAPI connection.

With early hard drives, this setting was referred to as a "master" setting. However, because "master" is offensive in this context, it's better to refer to this drive as "primary" or "device0."

Other examples of primary with computers