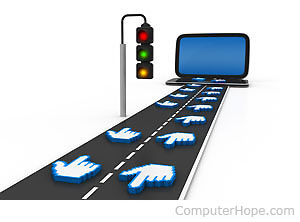 The traffic on a network can be monitored by collecting the response times of all major access points (e.g., routers and servers), on a network. Longer response times is an indication of how much load is being experienced by that device.