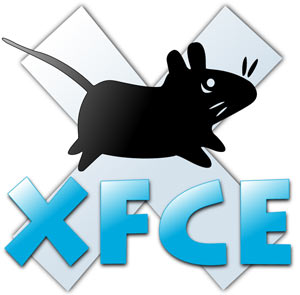 Xfce is a free, open-source desktop environment for Unix and Unix-like operating systems, such as Linux. It is fast, lightweight, stable, and highly configurable, which makes it a great choice for learner systems, where conservation of system resources is a high priority. Its unofficial nickname is the "Cholesterol-Free Desktop Environment."

Xfce is based on the GTK+ 2 toolkit and offers visual enhancements such as drop shadows, window transparency, and extending desktop up to 8 "workspaces," which function as virtual desktops. These spaces can be navigated using hotkeys or with a visual representation on the panel.

Xfce's panels can be oriented vertically or horizontally on the desktop. Panels can be configured to display information (such as CPU utilization) or launch applications, and may contain system menus, command line interfaces, notification icons, and other widgets. Panels may be docked or float freely, and their size, appearance, and behavior are generally configurable.

Xfce is the default desktop environment for many Linux distributions, including Xubuntu.