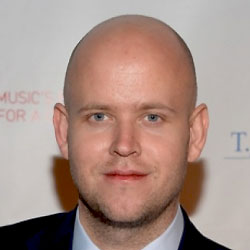 "There are millions of people who consume music illegally every month. Just getting them into a legal service will make the music industry way bigger than it's ever been before."

"With Twitter and other social networking tools, you can get a lot of advice from great people. I learn more from Twitter than any survey or discussion with a big company."