On August 15, 2012, employees of Saudi Aramco began to notice their computers were acting strangely. They later discovered that they are victims of the largest cyber attack to date. The attack resulted in the data of at least 35,000 computers being partially or totally wiped out. The company's network did not come back online until five months later.

The Ultra High Definition standard for televisions was announced by the Consumer Electronics Association on October 17, 2012.

Other computer events in 2012

The Department of Justice seizes and shut down Megaupload and its related sites on January 19, 2012, for Copyright infringements. One year later, Mega or mega.co.nz was launched.

Vine was founded by Dom Hofmann and Rus Yusupov in June 2012.

The Community Desktop Environment for UNIX became free in August 2012.

The spacecraft Curiosity landed on Mars on August 5, 2012.

On August 25, 2012, the Voyager 1 spacecraft, which launched in 1977 entered interstellar space. This feat makes it the first human spacecraft to leave our solar system or travel farther than 11 billion miles from Earth.

YouTube breaks an Internet record as over 8 million concurrent live viewers watch Felix Baumgartner jump from the edge of space (128,100 feet) on October 15, 2012.

The hacktivist group Anonymous was named one of the "100 most influential people" in the world by Time Magazine.

It wasn't the end of the world on December 21, 2012, as the Mayans predicted but the video Gangnam Style hit over 1 billion views on YouTube.

The CUDA architecture was transitioned in 2012 to handling more general types of computation, such as mining cryptocurrency blockchains.

The Julia programming language was released.

The MMO TERA was first released in North America on May 1, 2012.

On July 2, 2012, Gaikai was acquired by Sony Entertainment. The service would later become PlayStation Now.

Raspbian, a free operating system, was released in July 2012.

Peercoin, a P2P cryptocurrency, was introduced in August 2012.

Apple introduced the iPhone 5 with the Apple EarPods on September 12, 2012.

Microsoft released Windows 8, the Microsoft Surface, and the Type Cover on October 26, 2012.

Apple introduced the Lightning connector in 2012.

The Cinnamon desktop environment was released by Linux Mint in 2012.

Microsoft released the Surface Pen in 2012.

Nord Security was founded and NordVPN was introduced in 2012.

The Lyft car-sharing service was introduced in 2012.

Open Broadcaster Software was released in 2012.

The Raspberry Pi single-board computer was released in 2012 in the United Kingdom.

The documentary Code 2600 was released on March 2, 2012. A movie containing several interviews with people who help build and maintain information technology.

Popsockets was founded in 2012 by David Barnett.

Tinder was introduced in 2012.

The Bitcoin Foundation, a non-profit organization, was founded in 2012 to promote bitcoin.

Corel completed its acquisition of Roxio on February 7, 2012.

Facebook announced its intentions of purchasing Instagram for 1 billion dollars in cash and stock in April 2012. The deal was later finalized on September 6, 2012.

PSION was purchased by Motorola Solutions on June 15, 2012.

Corel announced it had acquired Pinnacle products from Avid on July 4, 2012.

Microsoft to invest in Klout in September 2012, which gave their Bing search engine to access Klout's influence technology.

On October 2, 2012, Commtouch completed its acquisition of FRISK.

Discontinued products and services in 2012

Microsoft discontinued the Windows Live brand between May 2012 and August 2012, and many of the Live services were added in Windows 8.

On June 30, 2012, Apple stopped MobileMe, iWeb, and all MobileMe related services. The service iCloud was created as a replacement.

Beginning in 2012, WMIC was deprecated in favor of PowerShell cmdlets. 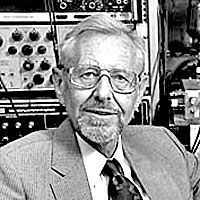