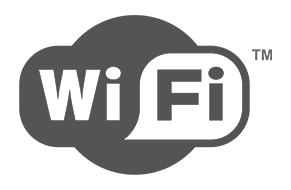 Other computer events in 1997

The world learned of Dolly, the first successfully cloned mammal, on February 22, 1997.

A cult known as the Heaven's Gate, that earned its money from designing websites, committed mass suicide on March 27, 1997.

Sierra Semiconductor announced a name change for the corporation PMC-Sierra, Inc. on June 9, 1997. The trading symbol for the company that is publicly traded on NASDAQ National Market also changed from "SERA" to "PMCS."

The Mars Pathfinder successfully landed on Mars on July 4, 1997. The NASA Pathfinder website showing real-time images sent from the Pathfinder on Mars received more than 100 million hits during its first four days. In response to the popularity, NASA set up 25 mirror pages to handle the traffic. The site set a new popularity record.

Advanced Graphics Port or AGP designed for video cards was released by Intel in August 1997.

The google.com domain name was registered after Sergey Brin and Larry Page decided to change the name of their BackRub search engine to Google on September 15, 1997.

The FBI released Carnivore, the first instance of policeware in the United States in October 1997.

The first paywall was introduced by the Wall Street Journal.

The first black hat conference was held in 1997.

Internet2 consortium was established in 1997.

AOL faced several lawsuits from subscribers who were upset about the difficulties encountered when attempting to connect to its services.

The dancing baby became one of the Internet's first fads. The dancing baby was a short 3D animation of a small dancing baby wearing diapers. It was first created by Michael Girard and later tweaked by Ron Lussier at LucasArts, who released it on a CompuServe forum as chacha.avi.

The concept of a CAPTCHA was invented in 1997.

Microsoft began working on its own search engine in 1997.

The term ICT was popularized.

The TRUSTe organization was founded in 1997.

The Li-ion battery was first used for commercial uses.

The first revision of the ATX standard (version 2.01) was released in February 1997.

Age of Empires was released on October 15, 1997, by Ensemble Studios. The game became very popular, selling over 20 million copies worldwide. Its success resulted in the release of several sequels, a spin-off game series titled Age of Mythology, and a port to the Nintendo DS for two game releases. It was also credited with influencing other real-time strategy games, like Rise of Nations and Star Wars: Galactic Battlegrounds.

Riven, the sequel to Myst, was released in October 1997.

FruityLoops was released on December 18, 1997. The program would later become FL Studio.

The video game Constructor was released.

Caldera Linux was introduced in 1997.

CD-RW drives and media were introduced.

OpenLinux was released by Caldera Systems (now known as the SCO Group) in 1997.

HyperCam was released in 1997 by Hyperionics and Solveig.

The Symbian mobile operating system was released by Nokia.

The 98 update was applied to the Haskell programming language.

Discontinued products and services in 1997

Mosaic development and support was officially discontinued on January 7, 1997.

Internet domains that came online in 1997

Kibble changed its name to Netflix and was established on August 29, 1997.

Billionton Systems was founded in 1997.

Chassis Plans was founded in 1997.

Cyrix was established in 1997.

Dot Hill Systems was founded in 1997.

Dynapower USA was founded in 1997.

Kaspersky was founded in 1997.

L-3 Communications Holdings was founded in 1997.

Netflix was established in 1997.

Nullsoft was founded by Justin Frankel in 1997.

PowerColor was founded in 1997.

Velocity Micro was founded in 1997.

Webroot Software was founded in 1997.

Zebronics was founded in 1997 by Rajesh Doshi.

Microsoft announced plans to buy WebTV Networks on April 6, 1997 for $425 million. The deal was later approved and completed in August.

Microsoft invested $150 million in Apple Computers Inc. on August 6, 1997, and agreed to continue creating software for Apple computers. In agreement, Apple made Microsoft Internet Explorer its browser of choice for Macintosh computers.

The OPTi Audio business was sold to Creative Technology in November 1997 and now under the group called Ectiva.

In December 1997, DEXXA sold its scanner business to Storm Technologies.

Tseng Labs was purchased by ATI (now a part of AMD) in December 1997.

3Com bought U.S. Robotics for $6.6 billion, making the consolidation the largest in the history of computer companies.

Banksia and NetComm merged in late 1997.

CompUSA joined Dell and Gateway in selling build-to-order computers in 1997.

Gravis was acquired by Kensington in 1997.

Network Associates was formed after a merger between McAfee and Network General.

Post-Newsweek Cable was renamed to Cable One in 1997. Today, the company is known as Sparklight. 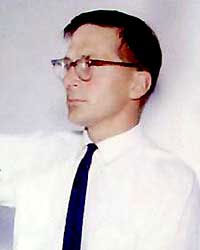