What jobs are being taken over by robots and computers? 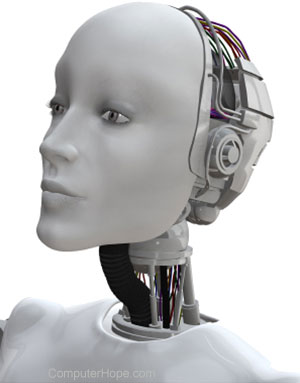 For companies looking to save money, the idea of being able to replace a human with a computer and robot is enticing. A robot can work 24/7 with little to no pay or benefits and is often faster than a human with fewer errors. Robots can also be helpful to employees as they can easily do jobs that are repetitive, monotonous, or dangerous and leave interesting jobs to humans.

Assembly and industrial robots controlled by computers can assemble cars and other products, and were in use since the late 1950s. Today, almost all large manufacturing jobs use robots to make millions of different products efficiently and at a low cost.

Many robots, like the Baxter and Sawyer from Rethink Robotics, can be programmed by anyone. They do not require a skilled technician to program the robot to perform the tasks it is programmed to perform. As robots like these become smarter and cheaper, more companies are going to use them in their environment.

Self-driving cars are becoming more of a reality. With technologies already used today, like assisted driving in Tesla cars and automated Uber test cars, more companies and services are beginning to use this technology. As self-driving cars start to be used more, the potential of jobs lost is staggering as it could replace millions of bus drivers, taxi drivers, truck drivers, and other transportation jobs.

Companies like Cat are even working on autonomous underground, dozing, drilling, and hauling solutions for mining and construction that could reduce these types of jobs. Farming companies like John Deere also have tractors and lawnmowers that are autonomous or can assist in driving.

We've all been on the receiving end of an automated call, like a telemarketing call. As voice recognition and speech synthesis become more advanced, it gets easier for companies to implement these systems and harder for people to know if they're talking to a human.

Self-checkout lines are already found in most grocery stores today. Although these computers are still watched by one human, that one person is doing the job for what used to require several people. 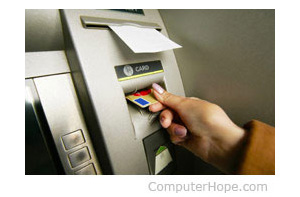 In the past, it was not uncommon for a bank to have many workers. Today, ATMs have replaced human workers as a way for people to deposit and withdraw money from their bank at any time of the day.

Banks and the financial industry may soon become even more disrupted as more people move to a digital currency, like bitcoin, and handle their financial transactions using their smartphone.

Robots controlled by computers are replacing jobs that involve packing or moving of goods. An example is the Amazon robots that move all products to people who package and mail the products to customers. Below is a video of these robots at work.

These robots help Amazon and its employees get packages shipped out faster than their competition. However, at the same time, these robots have replaced the jobs of workers who previously handled this job.

Many pharmacies are replacing their pharmacy technicians with robots capable of separating and handling prescriptions for their customers. These robots help prevent mistakes, and because they only require a small space for robotic arms, they can also occupy a smaller footprint than their human counterparts.

Law firms are already replacing paralegals and other staff with e-discovery lawyers and research robots. These robots are capable of combing through millions of documents and discovering relevant facts, phone numbers, e-mail addresses, and other information based on keywords.

Many news agencies and websites are already employing the help of computer-assisted writing and information gathering software robots. If you read news stories on the Internet, you have very likely read a story generated by a computer and not a human. As software becomes smarter, it's going to replace even more journalist and reporter jobs.

The United States Military is already using autonomous drones that conduct surveillance and even attack without the assistance of humans. As these drones become more advanced and capable, they're going to adapt to other fields, such as replacing the pilots of cargo planes used by FedEx, UPS, and other similar companies. There are already companies looking into replacing their fleet of pilots with computer-assisted pilots that could be remotely aided by a few pilots if needed.

There are already companies working on and implementing systems to replace bartenders that serve alcohol or coffee drinks. Services like Briggo are replacing baristas with robots to make many popular drinks and even learn how to make new drinks.

The video above is an example of an alcohol bartending robot making drinks for customers on a cruise ship.

Today's stock market is full of computers that buy and sell stocks online, replacing many of the stock trader jobs that used to exist. In the past, there were stock floor traders who handled all stock trading. Today, most of the trading is controlled by computers.

Postal workers who sorted mail in the past were replaced by automatic sorting machines that read and sort mail faster, cheaper, and all day.

Robots are assisting highly skilled professions, like doctors and anesthesiologists. In some cases, robots are replacing humans to perform common surgeries or tasks without the aid of a human.

IBM's Watson computer is also used in the medical field to help doctors diagnose and review medical information and medical history. Watson is even helping in the development of medical research. As it becomes smarter and faster, it's going to take the place of many jobs that are handling the same tasks.

Today, many militaries already use autonomous and remotely flying drones as a replacement for many missions. Many militaries are also researching and creating robots to replace human ground soldiers. These robots can be deployed to guard an area, assist soldiers in carrying heavy gear, and even can detect and attack enemies.

There are also companies developing security guard robots to patrol and monitor an area at night. For example, robots from Knightscope can hear, see (in day and night), and even smell dangers in the area they are patrolling. These robots can immediately alert humans when it senses danger or potential threats.

Before the Internet, many people worked as travel agents to help find, arrange, and book the best deal for traveling. Today, with the Internet and computers, you can do this yourself without needing a travel agent.

There are robots that prepare much of the packaged food you find in the store. However, there are also companies, like Moley Robotics, who're working on creating robotic arms to act as a personal chef in your home kitchen. These robots could use your recipes or recipes from professional chefs.

Bomb disposal robots are actively used by the military and police to examine and, if found, destroy bombs without endangering human life. These robots are not autonomous and still require remote controlling by a human, but they're an example of robots assisting people.

Before computers, there were hundreds of secretaries and typists whose jobs were to type letters and other documents. Today, the computer has made these jobs obsolete and, with the improvements in voice recognition capabilities, computers are now also able to type for you as you talk.

Early phones required a human operator to be on the other side of the phone, directing your call to whom you wanted to talk by manually moving plugs into other jacks. Today, all switching is handled by computers and no longer requires a human operator.

When film movies first ran in cinemas, a person was trained and in charge of running the projector. Today's projectors are digital and usually run automatically or minimally controlled by any of the employees who are already working on other jobs in the theater.

Even your home garden is being automated with projects, like Farmbot, to plant produce of your choice, efficiently water those plants, and remove weeds for you as everything grows.

There are a few hotels that have started experimenting with replacing hotel staff, such as receptionists and room service employees, with robots that complete the same tasks. Like all other technologies, as they become more efficient and more widely accepted, many of these jobs are being replaced by robots and computers.