Echo may refer to any of the following: 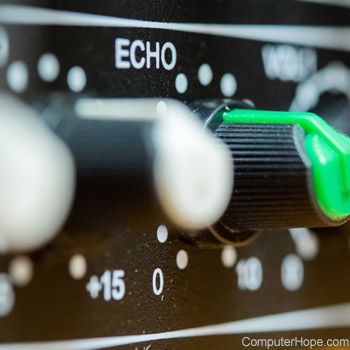 1. Also called an echo check, an echo is data repeated back to the sender by the recipient, to verify that it was received correctly. For example, in a command line you can use the echo command to echo any text to the screen.

2. Echo is also a short way of describing the Amazon Echo.

3. Echo is the phonetic alphabet pronunciation of the letter "E."