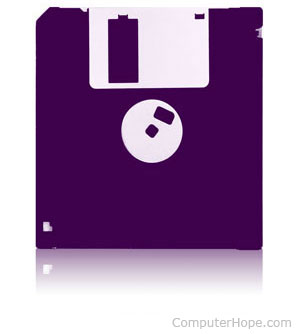 Legacy is a term used to describe old software or hardware that's outdated but still in use. When referring to a legacy hardware device, this commonly indicates that the device contains older hardware, such as jumpers or dip switches, to configure the device. For backward compatibility, many software programs and computers may support or have limited support for legacy software and devices.

What is a legacy system?

A legacy system describes a computer that's running older hardware and software. For example, a computer running MS-DOS that was released in the 1980s is considered a legacy system.

What is legacy media?

The term legacy media describes any media that's rarely used. For example, a floppy diskette is considered legacy media because it's no longer used and has been replaced by other media, like a CD and USB thumb drive.

Media becomes legacy when a better solution with more storage capacity, faster performance, and that's easier to use is introduced.

When is something considered legacy?

With computers, something becomes legacy when the product meets some or all of the following.

Why you may not want to use legacy hardware and software

Legacy products are no longer supported by the developer or manufacturer, or if they are supported, they're supported at a much higher cost.

With the loss of support, if problems are found, they're no longer fixed or patched.

Most problems with legacy hardware and software are not fixed or patched. If security vulnerabilities are found, they remain open and could compromise the computer, company network, and important or private data.

Increased difficulty to maintain and support

As things become older and not used as much, fewer people know how to use and troubleshoot the legacy product. If problems occur, it's more difficult and expensive to find people who know how to fix the problem.

More difficult or impossible to replace

If the legacy product or part of the product goes bad, it can be difficult (sometimes impossible) to find the necessary parts to fix the product.