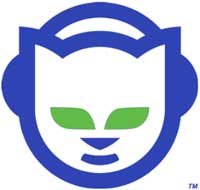 Napster is a software program that was initially developed by Shawn Fanning while he attended Northeastern University in Boston. Napster allowed any user to share and download music over the Internet.

Napster was founded on June 1, 1999, and files were first shared over the service in September 1999. By February 2001, Napster had over 26 million users. However, due to legal issues, Napster was shutdown in July 2001.

Napster filed a Chapter 11 bankruptcy on June 3, 2002, and on November 25, 2002, Roxio acquired the Napster name and logo in a bankruptcy auction. Roxio later rebranded their music sharing service Pressplay as Napster. The Napster service was later acquired by Rhapsody.