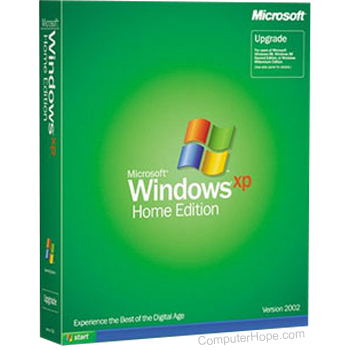 Other computer events in 2001

IntelliJ IDEA, an integrated development environment, was released for Windows, macOS X, and Linux in January 2001.

On January 1, 2001, Microsoft announced Windows 95 was now a legacy item and would no longer be sold or shipped to any more customers.

On January 2, 2001, Intel announced it would recall its 1.13 GHz Pentium III processors due to a glitch.

The Mir Russian space station re-entered Earth's atmosphere on March 23, 2001, and broke up after 15-years in space.

The HyperTransport standard was introduced by AMD on April 2, 2001. 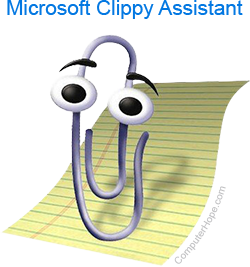 On April 11, 2001, Microsoft announced it would no longer include Clippy with future releases of Microsoft Office.

Jan de Wit aka OnTheFly was convicted for the Anna Kournikova virus on May 27, 2001.

The Code Red worm began infecting Windows computers in July 2001 with the intention of performing a DDoS attack on the White House government web page. The worm was estimated to have caused $2 billion in damages, despite never succeeded in its intended attack.

The Klez virus was introduced in October 2001.

On December 02, 2001, Toshiba announced it would stop selling desktop computers in the United States and focus on mobile computing and servers.

The "Goner" virus was first discovered on December 4, 2001, eventually causing an estimated $80 million in damage.

IBM started the Eclipse project in 2001.

Nimda, the fastest spreading computer virus in history, was released in 2001.

The CDDB was officially renamed to Gracenote in 2001.

The Chatterbox challenge was first held 2001.

Corel Linux was discontinued in 2001.

Mindscape was formed as its own company again.

Regional Coding Enhancement was a type of DVD region code introduced in 2001 that attempted to make region-restricted DVDs unplayable, even on region-free DVD players. Fewer than a hundred movies used this enhancement before it was abandoned.

The Agile Manifesto, which served as an outline for agile development methods, was introduced in 2001.

One of the earliest uses of CAPTCHA was the Gausebeck-Levchin test, a security measure created by Max Levchin and utilized by PayPal in 2001.

On January 4, 2001, Linus Torvalds released version 2.4 of the Linux kernel source code that introduced hot plugging and other features.

The first known implementation of the holy grail layout using only CSS was published on Glish.com (no longer active) in February 2001.

Apple started putting up Genius Bars in their stores in May 2001.

Bram Cohen introduced BitTorrent on a public message board on July 2, 2001.

On July 23, 2001, Max Payne, a third-person shooter video game, was released for the PC by Gathering of Developers. The game had an excellent reception and received multiple awards for Best PC Game, Best Game 2001, Best Graphics in a Game, Best Computer Game of the Year, Editor's Choice, and others. Two sequels were released in 2003 and 2012, and in total, the game series sold more than 7.5 million copies worldwide.

Compaq introduced the Compaq Presario line of computers on August 27, 2001.

On September 25, 2001, XM Radio released its service to the public.

Apple introduced the iPod and the first Apple earbuds on October 23, 2001.

VIA introduced the Mini-ITX and the first ITX motherboard form factor in November 2001.

Bungie released the game Halo for the Xbox gaming system on November 15, 2001, launching the start of a multi-billion dollar video game franchise. The Halo series experiences unprecedented success, including multiple game sequels and expansion to other markets, like books, toys, clothing and even television and web video series. It is hailed as one of the best first-person shooter games for video game consoles.

Rhapsody was released in December 2001.

SOS Online Backup was rebranded as Infrascale in 2001.

Microsoft SharePoint was introduced in 2001.

Development versions of OpenOffice.org are released for Linux and Windows with a macOS X version that works with X-11.

The first iSCSI storage device was introduced for use with the Windows NT, 2000, and Linux operating systems in 2001 by IBM.

The Kylin operating system was invented for use by the Chinese military.

Processing was first released in 2001 by developers Casey Reas and Ben Fry.

YAML was first proposed by Clark Evans in 2001.

Internet domains that came online in 2001

JMicron Technology was founded in September 2001.

BitDefender was founded in 2001.

Mailchimp was founded in 2001 by Ben Chestnut and Dan Kurzius.

Redpine Signals was founded in 2001.

Sapphire Technology was founded in 2001.

Soft Trading was founded in 2001. The company would later become SteelSeries.

ZDTV was purchased by Paul Allen and renamed to TechTV in 2001.

Thermalright was founded in 2001.

FASA closed its doors on January 25, 2001. BattleTech and Shadowrun properties were sold to Wizkids LLC.

Efficient Networks was acquired by Siemens for $1.5 billion on February 22, 2001.

Upon the completion of the merger between Caldera and SCO, the combined company changed its name to Caldera International on March 29, 2001.

On March 24, 2001, Micron Electronics announced it was putting its computer operations up for sale.

After 21 years of selling hard drives, Quantum sold its hard drive business to Maxtor to turn its full attention to higher-level storage products and services on March 31, 2001.

Avaya announced its acquisition of Quintus Corporation in April 2001.

On July 17, 2001, Corel purchased Micrografx Inc. in a stock-for-stock transaction.

Titus Interactive announced it had taken control of Interplay on August 16, 2001.

Sony pulled the plug on its eVilla Internet appliance on September 03, 2001.

On December 29, 2001, eMachines received a NASDAQ warning about a possible delisting of its stock, as the company struggles to pump up slowing sales and its sagging stock price.

3DFX announced plans on dissolving the company in 2001.

AST Computers went out of business and stopped selling computers.

Expedia broke off from Microsoft in 2001.

Fast Multimedia was purchased by Pinnacle. 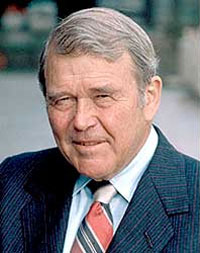