The "digital information age" is said to have begun in 2002 when the total digitized information in the world exceeded traditional analog information.

Other computer events in 2002

David Smith was sentenced on May 1, 2002, for the Melissa virus.

PCI Express was approved as a standard in 2002.

The first trackback was used on Movable Type in 2002.

Iomega discontinued the Jaz drive in 2002.

Openbox was released for the X Window System in 2002.

The Scalix suite for Linux servers was released in 2002.

Ludicorp was found in 2002 by Stewart Butterfield, Caterina Fake, and Jason Classon.

Hewlett-Packard decides on January 2, 2002, to no longer offer the Apollo printer line.

Approximately 1 billion PCs were shipped worldwide since the mid-'70s, according to a study released by consulting firm Gartner.

The first of the code that would later become Mozilla Firefox was made available on September 23, 2002.

AOL announced that AIM and ICQ work together on November 3, 2002.

In December 2002, Google introduced Froogle, which allows users to search for stuff to buy. The service would later be renamed to Google Shopping.

On April 10, 2002, the SSL (Space Sciences Laboratory) at UC Berkeley launched BOINC (Berkeley Open Infrastructure for Network Computing). The middleware, an expansion of the [email protected] project, enables users all over the world to help solve important problems in science and mathematics.

The Arch Linux operating system was released in 2002.

Jira was introduced by Atlassian in 2002.

Internet domains that came online in 2002

Linkedin.com domain was created on November 2, 2002.

Aero Cool was established in 2002.

ASRock was established in 2002.

BullGuard was launched in 2002.

GoPro was founded by Nick Woodman in 2002.

HyperX was founded as a division of Kingston Technology in 2002.

Major League Gaming was founded in 2002.

OCZ Technology was founded in 2002.

Proofpoint was founded in 2002.

Sierra changes its name to Sierra Entertainment on February 19, 2002.

[email protected], one of the largest ISP's filed for bankruptcy and closed its doors on March 2, 2002.

Symantec to acquire SecurityFocus on July 21, 2002 for approximately $75 million.

Dell entered the printer business with the help of Lexmark on September 29, 2002.

Roxio acquired the Napster name and logo in a bankruptcy auction on November 25, 2002.

ELSA Technology went out of business in 2002. 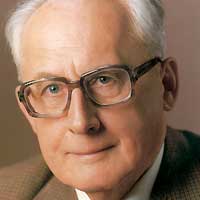