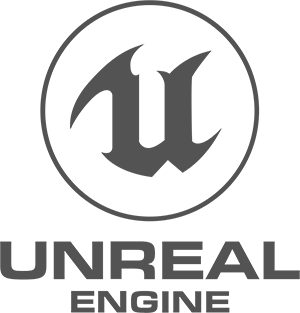 Released in May 1998, Unreal Engine is a free-to-use game development engine owned by Epic Games. It can create a large variety of 3D, 2D, and VR game styles. The platform is known for its impressive graphical and lighting capabilities. It includes a library of materials, objects, and characters. In addition to supported coding languages, Unreal Engine offers a visual editor, called Blueprints, for creating the rules of the game, which requires no coding experience.

While the Unreal Engine is completely free to use, if your game makes over $3,000 per quarter in revenue, you must pay Epic Games a 5% royalty.

Games created in Unreal Engine 4 can be published on the following platforms:

The first game to be created in Unreal Engine was Unreal, released in 1998. Other popular games created using the Unreal Engine include the following: