Boosting may refer to any of the following:

1. In general, to boost a computer refers to the act of increasing its performance, usually by upgrading its hardware. For example, you can often boost the computer's performance by replacing a traditional hard drive with an SSD.

3. In competitive video gaming and e-sports, boosting is the unethical practice of artificially inflating the competitive rank of a low-ranked player. Boosting is often performed by a higher-ranked player who agrees to play on a lower-ranked account to join the lower-ranked player's team in exchange for a payment. This type of boosting is against the terms of service of most video games, and may result in a temporary or permanent ban. The adjective "boosted" may also be used as an insult, implying that a player does not have the requisite skill for their matchmaking rank. For example, after failing to execute a play, a player might say, "Wow. I am so boosted." 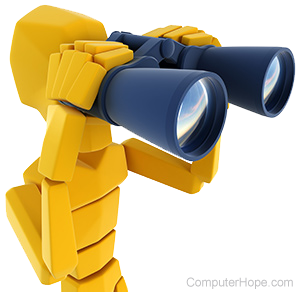 4. In video games, boosting may also refer to one player jumping on top of another to look or jump over tall objects or high terrain. Depending on the game, this may be considered cheating or merely a clever manipulation of the game's physics and level design.

5. In an MMO (massively multiplayer online) game, boosting describes the act of paying for a service that allows the player to advance faster in a game. For example, a player may join an MMO late and wants to skip all the old content to get to the new content their friends are playing. By purchasing boosting abilities, the player can level faster and skip content. Although most MMOs allow boosting, some players don't like boosted players because it's pay to win and because it skips the story and how to play. Others argue boosting is part of the game and not against the rules and that players can spend their money and time how they decide works best for them.

6. Boost, boosted, or boosting is slang describing stealing or shoplifting.