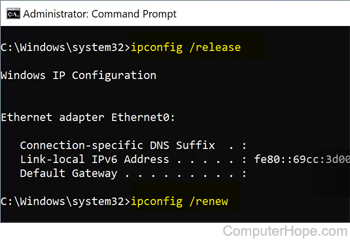 A command may refer to any of the following:

1. A command is a word or phrase that, when typed or spoken, causes the computer to perform a certain operation. For example, at an MS-DOS prompt, when typing the "dir" command and pressing Enter, the user would see a listing of directories and files in the current directory.

A program or operating system that supports commands can have dozens and sometimes hundreds of different commands with different options and switches for each command.

2. When referring to a programming language, a command is a unique word used to perform a specific operation. For example, "print" is a command used to display text on the screen. Entering and executing the command below prints "Hello World!" to the screen. 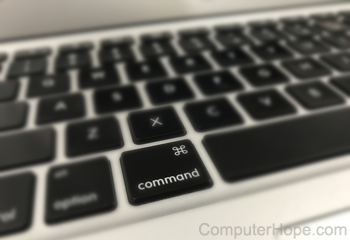 3. On a macOS computer, command may refer to the Command key, which replaces the Ctrl key in most Windows keyboards shortcuts.