Alternatively referred to as a big iron computer, a mainframe is a large central computer with more memory, storage space, and processing power than a standard computer. A mainframe is used by governments, schools, and corporations for added security and processing large amounts of data, such as consumer statistics, census data, or electronic transactions. Their reliability and high stability allow these machines to run for a very long time, even decades. 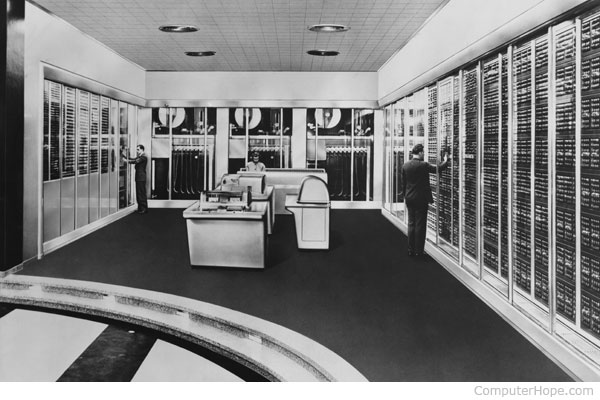