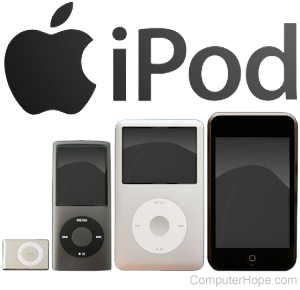 Alternatively referred to as a DAP (digital audio player), an MP3 player is a device capable of playing MP3 files. The first commercially available MP3 player was the "Seahan's MPMan," sold in Asia in early spring of 1998 and then later sold as the Eiger Labs MPMan F10 in the United States. Although MP3 players were released in the late 1990s, they didn't become popular until the introduction of the Apple iPod, which was introduced in 2001.

Although these players are commonly referred to as MP3 players, every MP3 player today is capable of playing a large assortment of audio files, including AAC, WMA, Ogg, and other formats.