Computers continue to work, and the world doesn't come to an end on January 1, 2000, as some feared might happen because of the year 2000 bug.

On March 10, 2000, NASDAQ hit its record high and marked the turning point of the dot-com boom.

For the first time, more than half of the households in America had Internet access on August 17, 2000, according to Nielsen.

Other computer events in 2000

A glitch in a computer in the Washington D.C. air traffic control caused a shutdown of air traffic across the U.S. East Coast on January 6, 2000.

Kevin Mitnick was released from prison on January 21, 2000.

Young Filipino students released the ILOVEYOU e-mail virus that began infecting computers and spreading over the Internet starting on May 4, 2000. The virus became one of the most costly viruses ever, estimated causing over $10 billion in damage because of the steps involved in cleaning a computer after it was infected.

On June 24, 2000, U.S. President Bill Clinton made the first ever Presidential webcast. In it, he announced a USA.gov that citizens can use to search all government resources.

Steve Wozniak was inducted into the National Inventors Hall of Fame in September 2000.

On December 22, 2000, the site egghead.com announced it was hacked and that around 3.5 million customers credit cards were exposed.

U.S. Judge Thomas Penfield announced after over two years in the court that Microsoft be split into two companies, although it would remain intact until the appeals process was exhausted.

Both Intel and AMD pass the 1 GHz CPU barrier, something many people in the computer industry thought would never happen.

The London Science Museum completed the difference engine No 2 printing mechanism in 2000.

Jack Kilby was awarded the Nobel Prize in Physics in 2000.

Google announced it had indexed over one billion pages, making it the Internet's largest search engine.

The last machine to run Multics was decommissioned in 2000.

Bill Gates announced at CES that Windows CE was now known as Pocket PC on January 4, 2000.

EA released The Sims, the best-selling PC game in history on February 4, 2000.

Deus Ex was released on June 26, 2000 by Eidos Interactive. Despite a few game flaws, the game ranks highly on many game lists, including Top 25 PC Games of All Time and 100 Greatest Games of All Time. It also ranks #1 on PC Gamer's 100 Best PC Games in February 2011. Over one million copies of the game are sold worldwide by April 23, 2009.

Microsoft introduced C# to the public in June 2000.

Adobe Photoshop 6.0 was released in September 2000.

M-Systems announced the USB flash drives in September 2000 and were first sold to the public in December 2000 by IBM with a capability of 8 MB.

Counter-Strike was released on November 8, 2000.

Kondara Linux was released in 2000.

OpenOffice.org was introduced as an open office productivity suite in 2000.

Brute Force game was released in 2000.

Internet domains that came online in 2000

Asiliant Technologies was founded in January 2000.

Baidu was incorporated in January 2000.

AOL announced it had acquired Time Warner for $164 billion in stock and became AOL Time Warner on January 10, 2000.

On February 28, 2000, Quintus Corporation and Mustang.com announced that Quintus had agreed to acquire Mustang.com in a stock merger valued at approximately $290 million.

VeriSign agreed to acquire Network Solutions for $21 billion on March 7, 2000.

Paradise Systems officially went out of business in March 2000.

On April 11, 2000, S3 Incorporated announced it had signed into agreement to transfer its graphics business to a newly established joint venture with VIA Technologies, Inc.

On June 19, 2000, Microsoft Corporation announced it had bought Bungie Software Products Corporation for undisclosed terms. The move allowed Microsoft to release the highly anticipated game Halo for its upcoming Xbox.

Indeo was acquired from Intel by Ligos Technology on June 27, 2000.

Number Nine filed for bankruptcy on July 1, 2000, and no longer supports any products regardless of warranty status.

Fountain Technologies, which handles Quantex and CyberMax PC sales and support, filed for US chapter 11 bankruptcy on August 17, 2000.

AT&T announced in October it would restructure over the next two years into a family of separate publicly held companies: AT&T Wireless, AT&T Broadband, and AT&T.

On November 1, 2000, S3 Incorporated and Diamond announced a name change to SONICblue.

WebMediaBrands acquired EarthWeb for an undisclosed amount on December 26, 2000.

Mattel sold The Learning Company to Gores Technology group for $3.6 billion in 2000.

EONtronics went out of business in 2000.

Integrated Micro Solutions went out of business in 2000.

Namecheap was founded in 2000.

Segasoft was re-structured into Sega.com in 2000.

Silicom Multimedia went out of business in 2000.

SystemSoft's portfolio of Windows Utilities software solutions were acquired by Rocket Software in 2000.

TurboSquid was founded in 2000 by Tom and David Avgikos and Matt and Andy Wisdom. 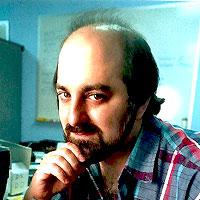