Hex may refer to any of the following: 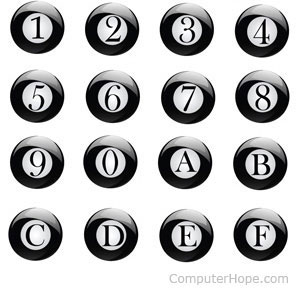 Anyone who has designed a web page has encountered hexadecimal value when doing colors. For example, to create red text use the HTML color code #FF0000, which translates to 255 red, 0 green, and 0 blue in hexadecimal.

What are numbers with a "0x" prefix?

Numbers with a "0x" (zero and x) prefix indicate the number shown is a hexadecimal number. For example, "0xCD" is the decimal equivalent of "205." By having "0x" in front of "CD," the reader knows they're dealing with a hexadecimal number and not something else, like the CD acronym in this example.

When hexadecimal uses the "0x" prefix, "0x" is only an indicator of the type of number being represented. In other words, with "0xCD," the "CD" is the hexadecimal number, and "0x" is ignored.

Use the below convert tool to convert any text into hexadecimal.