CSS may refer to any of the following: 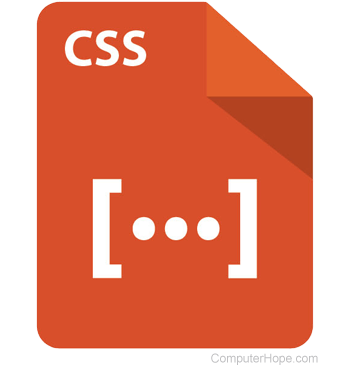 1. Short for cascading style sheets, CSS is a language used to describe reusable styles for presenting documents written in a markup language. Its concept was originated by Håkon Wium Lie in 1994. In December 1996, CSS was made a specification by the W3C and today allows web developers to alter the layout and appearance of their web pages. For example, CSS may be used to change the font used in certain HTML element, and its size and color. A single CSS file may be linked to multiple pages, which allows a developer to change the appearance of all the pages at the same time.

The following box contains a basic example of using CSS code to define fonts, the color of hyperlinks, and the color of a link when the mouse cursor hovers over. In this specific example, we are only changing the HTML tags <a> and <body>, rather than creating any new class or id selectors.

The CSS code in the box above can be inserted into the head section of a page's HTML using the following code. However, keep in mind that performing this action only applies these changes to a single page.

If you want to use the CSS code on multiple pages, we suggest storing the code in a separate CSS file and then loading it on every page. For example, the CSS code shown in the first box on this page can be copied and pasted into a file with the .css file extension.

A CSS file can be created using any text editor or even Notepad if you're using Windows.

After the file is saved, it must linked to in the head of the HTML code using the <link> tag. The following box shows an example of this element in use.

If you named the CSS file example.css, and it's in the same directory as the HTML file it's being loaded from, the following line would link the CSS file.

CSS3 is the version of CSS (Cascading Style Sheets) that replaces CSS2. It introduces new selectors and properties that allow for more flexibility with page layout and presentation. Some updates, such as the box-shadow property (which allows an element drop shadow), allow visual effects to be applied without the need for creating special images.

Is CSS a markup language?

No. CSS is a style sheet language that gives appearance changes to a markup language. For example, HTML is used to create the basic layout of a web page such as this paragraph of text. CSS is used to define the font, font size, font weight, its position, and other visual settings.

2. Short for Content Scramble System, CSS is a protection scheme used to help protect copyrighted material stored on DVDs from being copied. 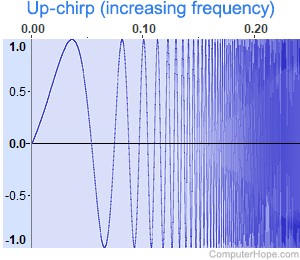 3. Short for chirp spread spectrum, CSS is a spread spectrum technique that transmits information in periodic bursts of variable frequency. These chirps are highly resistant to channel noise and multipath degradation, making them ideal for low-power, low-bitrate, long-distance communication. CSS is used in some LPWAN technologies to provide signal resilience in a distributed mesh of low-power transmitters, such as those found in IoT devices.