Håkon Wium Lie came up with a concept for CSS in 1994. 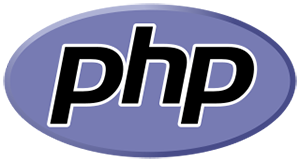 The Digital Signature Standard algorithm is implemented by the NIST (National Institute of Standards and Technology).

Other computer events in 1994

Novell transferred its database software product to Btrieve on January 26, 1994.

Realtek announced it was going public in April 1994.

SUSE Linux was released in March 1994.

Kevin Mitnick was featured on a front-page story of the New York Times on July 4, 1994.

The Binary Cafe was the first cybercafe in Canada, started up in June 1994.

The W3C organization was founded by Tim Berners-Lee on October 1, 1994.

Professor Thomas Nicely sends an e-mail on October 30, 1994, describing the Intel FPU bug. A mathematical flaw in the Intel Pentium involving the Pentium not correctly performing floating-point calculations is discovered. Later this leads to Intel recalling millions of processors.

The W3C organization held its first meeting on December 14, 1994.

On December 24, 1994, Unisys and CompuServe announced that they expected licensing fees for software that created and displays GIF images. This announcement caused hysteria among developers and website owners using GIF images because of potential future GIF taxes that lead to the development of the PNG format.

The last edition of the Compute! computer magazine was released in 1994.

The fractal landscape generator Bryce was introduced in 1994.

John McAfee resigned from the company in 1994.

Mindscape was sold to Pearson PLC in 1994.

Iomega released its Zip disk drive and diskettes in 1994.

The e-mail hoax "Good Times virus" is first sent out via e-mail. The hoax claimed an e-mail containing "Good Times" in the subject line was spreading on the Internet and if opened, would erase everything on the hard drive. This e-mail continues to be sent out even today.

Intel became the largest volume motherboard manufacturer in the world in 1994.

In 1994, Orchid Technology was acquired by Micronics Computers.

The PowerPC was first implemented in the Apple Power Mac in 1994.

The Quick Response Barcode, more commonly known as the QR code, was invented by Denso Wave in 1994.

The Simon Personal Communicator is released by IBM in 1994 and becomes the first smartphone.

Vice President Al Gore made a speech where he coined the term "Information Superhighway" in 1994.

The book "Design Patterns: Elements of Reusable Object-Oriented Software" was first published in 1994.

In 1994, IBM introduced the IBM ThinkPad 775CD, the first notebook with an integrated CD-ROM.

MetaCrawler was developed at the University of Washington by Erik Selberg and Professor Oren Etzioni.

Online transaction systems, including online banking and online shopping, started emerging on the Internet in 1994.

Mosaic Netscape 0.9, the first Netscape browser was officially released on October 13, 1994. This browser also introduces the Internet to cookies.

A number of IBM personal systems products are brought to market in 1994, including the IBM Aptiva Personal Computer.

Total Entertainment Network launched in 1994. The service would later be renamed Pogo.

Internet domains that came online in 1994

Amazon.com domain was registered on November 1, 1994.

The company now known as Yahoo! was founded by Jerry Yang and David Filo in January 1994.

Forcepoint was founded in 1994.

Earthlink was founded in 1994 by Sky Dayton.

Initio was established in 1994.

PC CHIPS was incorporated in 1994.

Pervasive Software was founded in 1994.

Simmtronics was founded in 1994 by Brijesh Kumar.

Sunbelt Software was founded in 1994.

Commodore computers declares bankruptcy on April 29, 1994, and sold off its assets like Amiga.

Mosaic branches off the company Netscape on November 14, 1994.

The company Silicon & Synapse is renamed to Blizzard Entertainment. 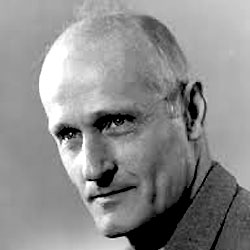