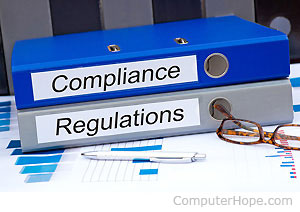 Short for Extended Industry Standard Architecture, EISA or Extended ISA is a standard first announced in September 1988 for IBM compatible computers that competed with the MCA bus. The EISA bus is found on Intel 80386, 80486 and early Pentium computers and was designed by nine competitors. These competitors were AST Research, Compaq, Epson, Hewlett Packard, NEC, Olivetti, Tandy, WYSE, and Zenith Data Systems.

The EISA bus provided 32-bit slots at an 8.33 MHz cycle rate for use with 386DX or higher processors. EISA can also accommodate a 16-bit ISA card in the first row.

Although the EISA bus is backward compatible and not a proprietary bus, it never became widely used and is no longer found in computers today.