A socket may refer to any of the following: 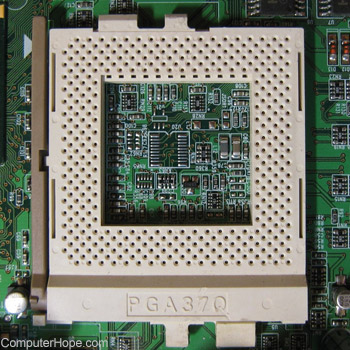 Below is a short list of sockets and their description we currently have listed on our page.

Why would I need to know the socket on my motherboard?

The processor socket helps determine what computer processors your computer motherboard is capable of accepting. For example, a socket 1 processor is not compatible with a Socket 370 because of the pin layout and the technology differences used in each socket.

2. When referring to an operating system, a socket is a communication used between processes or communication between a client and server. One of the most widely used socket API or library is the Berkeley Unix C library.

3. With networking, see our network socket definition for further information on this term.