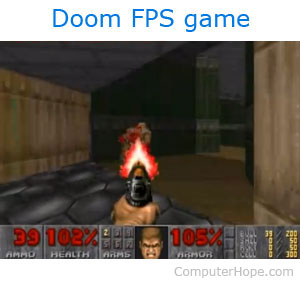 Action games require little or no thought and can be played quickly or for several hours. A good example of an action game is a first person shooter. First-person shooters, such as Quake, involve a single or multiple players to get through a several stages alive. During the time the player is moving throughout these stages, they collect new weapons, ammo, health, and other bonus to help the continue throughout the next stages.

Action games are one of the most commonly played games over the Internet because of the ease of finding a game that is quick or long.