CompuServe became the first commercial online service offering a dial-up connection to anyone on September 24, 1979.

The first commercial version of SQL was introduced in 1979 by Oracle.

Other computer events in 1979

Robert Williams of Michigan became the first human to be killed by a robot at the Ford Motors company on January 25, 1979. Resulting in a 10 million dollar lawsuit.

Atari introduced a coin-operated version of Asteroids in 1979.

More than half a million computers are in use in the United States.

Bjarne Stroustrup, a Danish computer scientist, begins work on the programming language "C with classes" that will later be renamed C++.

Epson released the MX-80 that became an industry standard for dot matrix printers in 1979.

Texas Instruments enters the computer market with the TI 99/4 personal computer that sells for $1,500.

Hayes markets its first modem that becomes the industry standard for modems.

The programming language DoD-1 is officially changed to Ada.

The Motorola 68000, a 16/32-bit processor is released and is later chosen as the processor for the Apple Macintosh and Amiga computers.

The Compute! magazine was first released in 1979.

3COM was founded in 1979 by Robert Metcalfe.

Activision was founded in 1979.

EMC Corporation was founded in 1979.

A technology consulting firm in Washington D.C. known as Network Solutions was established in 1979.

The Intertec Superbrain microcomputer is released by Intertec Data Systems.

Novell Data System was established as an operating system developer in 1979. Later in 1983, the company became the Novell company.

Pixar started in 1979 as The Graphics Group.

Printronix was founded in 1979.

Software Arts Incorporated in 1979 and their product VisiCalc became the first electronic spreadsheet and business program for PCs.

Tandberg Data was founded in 1979.

Televideo was founded in 1979. 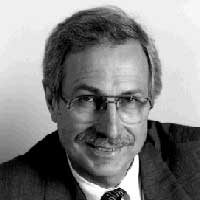