Generation may refer to any of the following: 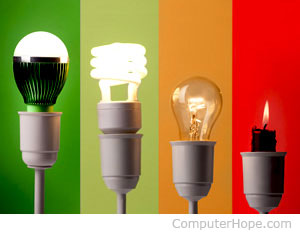 When a new generation of technology is released, it may include new capabilities and features that make previous generations incompatible or obsolete.

2. When referring to age generation or an age group, a generation is a name used to categorize people who were born around a specific date. For example, today, the term "millennial" describes an age group that an advertiser may want to target.

Below is a full list of five age generations and the years they were born according to The Center for Generational Kinetics.

The above years are based on The Center for Generational Kinetics research and vary for non-Western countries.

Why are people put into age groups?

People that fall into a specific age group often have similarities with others that fall into the same group. By classifying these groups, companies and other people can make general assumptions about them and give them more relevant information and advertisements. For example, a baby boomer is not likely to be interested in Snapchat and wouldn't want to read about Snapchat tips or see ads. By knowing if someone is a baby boomer, a company could give them more relevant information that would interest them.