Steve Jobs and Steve Wozniak demonstrate the first Apple computer at the Home Brew Computer Club in April 1976. The Apple I had 6502 MOS 1 MHz processor, 8 kB of onboard memory, and 1 kB of VRAM for $666.66. Below is a picture of an Apple I from an advertisement by Apple. 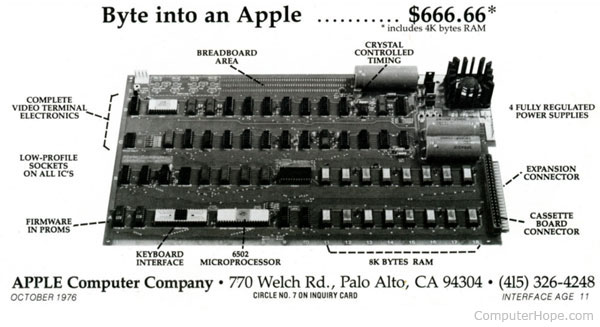 Other computer events in 1976

On February 3, 1976, David Bunnell published an article by Bill Gates complaining about software piracy in his Computer Notes Altair newsletter.

The first annual world Altair computer convention and the first convention of computer hobbyists was held in New Mexico on March 26, 1976.

The term meme is first defined in the book The Selfish Gene by Richard Dawkins.

The NASA Viking 2 landed on Mars on September 3, 1976, and transmits pictures and soil analysis.

DES was approved as a federal standard in November 1976.

In December 1976 Bill Gates drops out of Harvard to devote all his time to Microsoft.

The first Public Key Cryptography known as the Diffie-Hellman is developed by Whitfield Diffie and Martin Hellman.

Dataram released the first SSD called the BULK CORE in 1976.

Colombia Data Products was founded in 1976.

Micropolis was founded in 1976.

The original Apple computer company logo of Sir Isaac Newton sitting under an apple tree is replaced by the well-known rainbow colored apple with a bite out of it.

Microsoft officially dropped the hyphen in Micro-soft and trademarks the Microsoft name on November 26, 1976. 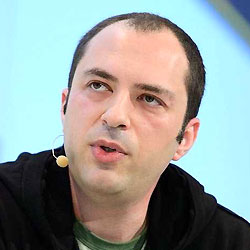 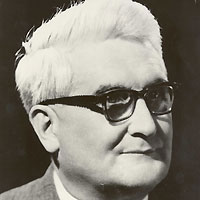