A tablet may refer to any of the following: 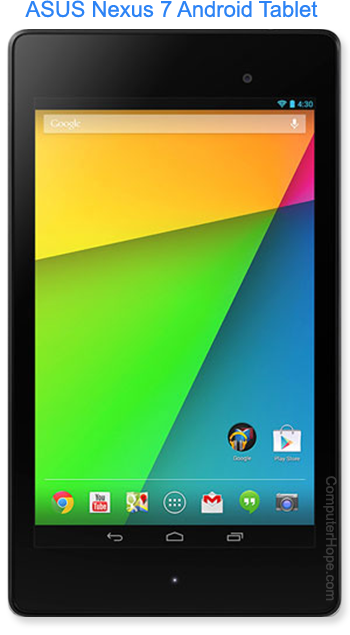 1. A tablet, tablet computer, or tablet PC is a mobile computing device designed to be held in one or two hands. It is approximately the size of a hardcover book (seven inches or bigger), and resembles a large smartphone. The picture is an example of the ASUS Nexus 7 Android tablet.

Tablets let you do many of the same things as a traditional computer. They can browse the Internet, connect to social network apps, and display HD videos. They excel at applications that do not require a large amount of precise user input.

Early tablet devices used light pens or a stylus as their input device. However, today all tablets use a touch screen as their primary input device with the option to connect external devices, such as a keyboard. Most tablets only have a few physical buttons; the back, power, and volume buttons. Everything else can be done using your fingers.

Today, the top two operating systems used with tablets is Apple iOS used with iPads and Google Android used with Android tablets. A tablet can have apps installed on it to perform a function. For example, the Safari app on iPads is the browser that allows you to browse the Internet. On Android tablets, the Chrome app is often the default browser.

History of the tablet

The concept of a tablet was first sketched by Alan Kay while at Xerox in 1971. Since then, there have been many iterations of tablet devices, including the PDA, a predecessor to the tablet. The first successful tablet and the tablet most of today's tablets resemble is the Apple iPad, which was first released in 2010.

Is a tablet a computer?

Yes, a tablet is considered a computer. Although a tablet uses a specialized operating system and input devices, it shares many similarities with a traditional computer. 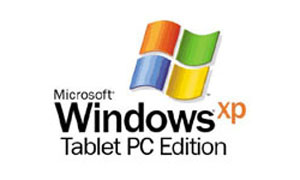 3. A tablet is an alternative name for a graphics tablet.