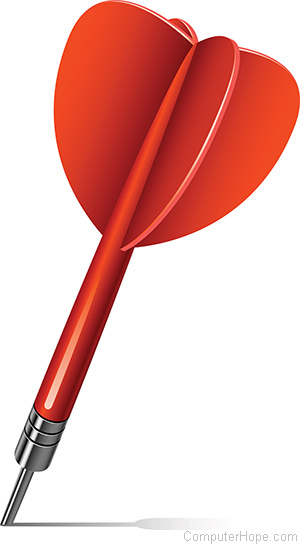 A dart may refer to any of the following:

2. DaRT (Microsoft Diagnostics and Recovery Toolset) is a software suite for Windows that diagnoses and repairs problems when the operating system is offline. Before 2006, DaRT was known as Emergency Repair Disk Commander (ERD Commander).

4. DART (Dynamic Analysis and Replanning Tool) is an artificial intelligence program developed by the United States military which was introduced in 1991.