Flash may refer to any of the following:

1. Flash is an abbreviation for flash memory.

2. A flash or flashing is a term that describes updating the code (firmware) on a chip. See our flash BIOS page for further information on this term.

3. Flash is a term Apple uses to describe an SSD (solid-state drive). 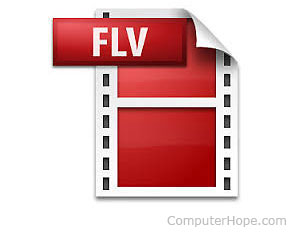 4. Short for Adobe Flash, Flash is software that allows users to create animated works that are saved as .FLV and can be viewed over the Internet. It was originally developed by FutureWave and known as Future Splash Animator. In 1996, it was renamed and introduced to the public as Macromedia Flash, shortly after Macromedia purchased the product. Later, Adobe announced plans to purchase Macromedia, which was finalized and completed by the end of 2005.

How can I tell if Adobe Flash is working?

Below is a simple example of the Macromedia flash enabled logo to determine if your browser has the Macromedia plug-in installed and working. If you do not see anything, or see a puzzle piece or broken file Adobe Flash is not enabled or blocked.

How do I install the Adobe Flash?

To install Adobe Flash, go to the Adobe Flash Player page and follow the instructions.

How do I disable or remove Adobe Flash?

Adobe Flash is often used by an Internet browser as an extension or add-on. The extension is usually named Adobe Flash or Adobe Flash Player, and you can disable or remove it by removing the browser extension.

Also, because Adobe Flash is installed on the computer as software, you can also uninstall it using the Windows uninstall feature.

Today, more sites are moving away from Adobe Flash in favor of HTML5, which require no additional plugins and works with all the latest browsers and mobile device.