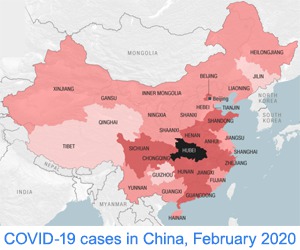 In early February 2020, the outbreak of the COVID-19 coronavirus in China caused significant disruption to the worldwide technology industry. Google announced the temporary closure of all offices in mainland China, and all Apple stores in China were closed indefinitely. Companies including Qualcomm, Nintendo, and Facebook Oculus announced major losses in production from their factories located in China. The Chinese government reported a 50% decrease in smartphone sales.

The following are some of the top computer and technology-related terms in alphabetical order that were introduced or popularized during 2020.

Computer and technology-related events in 2020 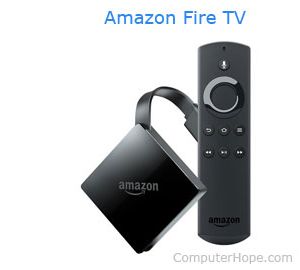 On January 1, 2020, U.S. retailers, including Walmart, added a "do not sell my info" option to online customers, complying with the CCPA, a new consumer protection law in California. The law grants consumers the right to opt out of the sale of their private information by companies with whom they conduct online transactions.

On January 14, 2020, Windows 7 reached EOL (end-of-life). On this date, Microsoft ceased providing any support or security updates for Windows 7, and strongly advised users to upgrade to Windows 10.

On January 16, 2020, Alphabet, the parent company of Google, joined the "four-comma club," achieving a market valuation over $1 trillion. The other two members of the club at the time were Apple ($1.3 trillion) and Microsoft ($1.2 trillion). The next closest company, Amazon ($930 billion), briefly joined the club in 2018.

On January 21, 2020, Jeff Bezos, CEO of Amazon, revealed that his personal smartphone was hacked. The revelation spotlighted the severity of security vulnerabilities in mobile devices.

On January 22, 2020, the Microsoft Internet Games service ended for Windows 7.

On January 29, 2020, Facebook agreed to pay $550 million to settle a class-action lawsuit filed in Illinois regarding facial recognition data collected from users without their consent.

On January 29, 2020, WireGuard was accepted by Linus Torvalds for inclusion in the Linux kernel, marking an important milestone for the software.

On February 3, 2020, an app commissioned by the U.S. Democratic party failed to properly report votes in the Iowa Democratic caucuses. The backup system of two dozen telephone volunteers was massively overwhelmed, and the results of the voting were not made official for several days. The failure of the app drew widespread criticism, and renewed doubts about the reliability of digital voting machines in public elections. 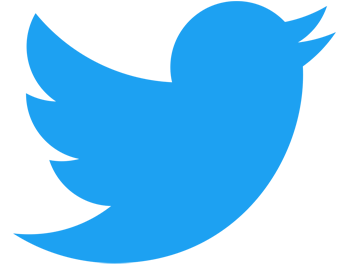 On February 4, 2020, Twitter announced a commitment to detect and label deepfakes, and other deceptive media, on its social media platform.

On February 7, 2020, a major Android vulnerability was announced (CVE-2020-0022). The flaw allowed a nearby attacker to completely take over any mobile device running Android versions 8 or 9 with Bluetooth enabled. Although Android 10 is not affected by this vulnerability, versions 7 and below may be susceptible.

On March 3, 2020, UC Berkeley announced the indefinite hiatus of the [email protected] project, which used volunteer computing to search for extraterrestrial life. However, data continues to be processed on the university's computers.

On March 12, 2020, Twitter announced all of its employees, who had been working remotely from home due to the COVID-19 pandemic, would be allowed to do so indefinitely.

On April 24, 2020, Apple released a revamped version of the original iPhone SE. It features an A13 Bionic processor, 4.7-inch Retina HD display, and Touch ID. It also has a single, 12-megapixel camera, in contrast to the dual or triple cameras on previous iPhone models.

On July 15, 2020, a hacker used social engineering to gain access to a Twitter employee account that gave them access to all accounts where they interacted with 130 accounts. For 45 accounts, the hacker sent a tweet promoting a cryptocurrency scam. Some of the people and companies on Twitter affected include Apple, Bill Gates, Elon Musk, Jeff Bezos, Joe Biden, President Barack Obama, and Uber.

Apple introduced its custom silicon with the introduction of its first processor, the Apple M1 on November 10, 2020.

On December 8, 2020, FireEye disclosed that their secure systems had been breached by hackers. The security breach was traced to the network infrastructure software Orion, developed by the company SolarWinds. Approximately 500 companies and government organizations were compromised in the attack, which was believed to have been launched by Russian intelligence. 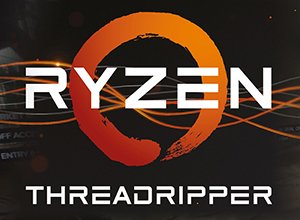 On January 8, 2020, founders Meg Whitman and Jeffrey Katzenberg announced video streaming service Quibi (pronounced "KWIH-bee," short for "quick bites"), at CES. Planned for launch on April 6, it offers short-form scripted content that "fits into any moment of your day," created specifically to be viewed on smartphones. The subscription service costs $4.99/month with advertisements, or $7.99/month without ads. 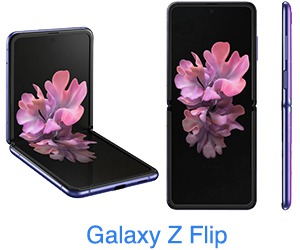 On February 11, 2020, Samsung unveiled three new smartphones at the Unpacked keynote. The Galaxy S20 and S20 Ultra were entries in the Galaxy S series, following the release of the Galaxy S10 in 2019. Also, a foldable phone called the Samsung Galaxy Z Flip was introduced. The Galaxy Note 20 and Note 20 Ultra were also released in 2020.

The Z Flip features a horizontal hinge behind a folding glass screen, allowing the full-sized phone to fold to half its size. The design represents the next iteration of Samsung's foldable screen designs, following 2019's Galaxy Fold.

HBO introduced the HBO Max streaming service in May 2020.

Ubisoft announced the rebranding of their Uplay client and service as Ubisoft Connect in October 2020.

RIAA filed DMCA claim on October 23, 2020, arguing that YouTube-dl was only used for piracy and forcing GitHub to disable all YouTube-dl repositories. GitHub reinstated YouTube-dl on November 16.

On November 10, 2020, Apple launched the M1, an ARM SoC to be the CPU in its next-generation computers. The first computers to use the M1 were the 2020 models of the MacBook Air, Mac Mini, and 13-inch MacBook Pro. The development marks Apple's departure from Intel CPUs, which were used in Apple computers since January 2006.

Discontinued products and services in 2020

Savefrom.net terminated its service on April 28, 2020.

On June 22, 2020, Microsoft announced the Mixer service would be shut down and merged into Facebook Gaming.

On October 21, 2020, six months after introduced, Quibi announced it would be ending the service.

Adobe ended its support for Adobe Flash on December 31, 2020.

Essential Products went out of business on February 12, 2020.

On February 26, 2020, the startup Clearview AI announced that the 3 billion pictures of people it copied from the Internet had been stolen in a data breach.

The social audio platform Clubhouse was launched in March 2020.

Private equity firm Blackstone announced it would be acquiring a majority stake in Ancestry, an online family history business, for $4.7 billion.

SingleStore renamed their MemSQL product to SingleStore in October 2020.

Salesforce signed a definitive agreement on December 1, 2020, to acquire Slack for approximately $27.7 billion.

Quanmax consolidated into Kontron in 2020.

Redpine Signals connectivity department, including Wi-Fi and Bluetooth products, its development center in Hyderabad, and its patent portfolio, was acquired by Silicon Labs in 2020.

Venmo adds an option to create a business profile linked to your personal account. 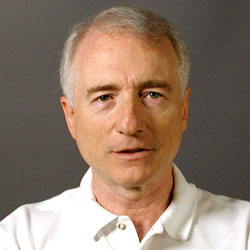