The following are some of the top computer and technology-related terms in alphabetical order that were introduced or popularized during 2021.

Computer and technology-related events in 2021

China announces in May it is cracking down on bitcoin and other cryptocurrency miners and not allowing them to mine crypto currencies.

In July 2021, the rickroll video, Never Gonna Give You Up, hit 1 billion views.

In October 2021, Valve announced its Steam platform would no longer host blockchain games.

The emote PogChamp was removed from Twitch in 2021.

Microsoft announced on July 14, 2021 its new monthly subscription-based service called Windows 365. The service would allow anyone with any device to run Microsoft Windows through the cloud.

Tesla, who had previously used NVIDIA chips, unveiled its custom silicon, the Tesla D1 chip, for use in the self-driving Autopilot AI found in all Tesla cars.

The Google Pixel 6 was released on October 28, 2021, and introduced Google's custom silicon, the Google Tensor chip.

Security breaches and leaks in 2021

In January it was discovered that the Chinese startup Socialarks exposed over 400 GB of over 214 million users personal information it had scraped from Facebook, Instagram, and LinkedIn.

The PSafe company discovered the largest data breach in Brazilian history of over 223 million people after it announced it found the data being offered for free on a darknet forum.

On April 8, 2021, LinkedIn announced that a user had scraped their database after it was discovered a hacker was attempting to sell a database containing 700 million LinkedIn users' information.

In May, security researchers discovered more than 100 million Android users information exposed because of a cloud service misconfiguration that was used by 23 different apps.

In May 2021, the U.S. Colonial Pipeline company was a victim of ransomware, attacked by the DarkSide hacker group. The attack caused Colonial Pipeline to temporarily shut down their main oil pipeline, which supplies 45% of the fuel for U.S. East Coast states. DarkSide demanded a ransom of $4.4 million, which the company paid. However, the U.S. Department of Justice was able to recover $2.3 million of that ransom payment.

Starting in June 2021, Western Digital's My Book Live devices began getting hit with a data deletion exploit that allowed malicious users to remotely erase all the drives' data.

A security researcher discovered a Thailand database of over 106 million Thailand visitors had been unsecured and accessible to anyone for over 10 years in August 2021.

GoDaddy announced on November 17, 2021, that up to 1.2 million of its customers information was exposed to hackers after they gained access to the company's managed WordPress hosting.

Discontinued products and services in 2021

Microsoft announced that on March 31, 2021, Cortana would no longer work on Android, iOS, and smart speakers.

On April 9, 2021, Logitech announced it was discontinuing the Logitech Harmony universal remote controls.

Microsoft replaced the original version of Microsoft Edge with a new Chromium-based one as part of a security update on April 13, 2021.

Yahoo! announced that Yahoo! Answers was shutting down on May 4, 2021.

LG announced in April that it was closing its mobile phone and smartphone business.

Google announced Google Hangouts would be shut down in 2021.

Houseparty was shut down by Epic Games in October 2021 after the app came under scrutiny because of alleged security vulnerabilities.

In 2021, the Galaxy Note series of phones was discontinued.

Hewlett-Packard announced it was buying the gaming accessory brand HyperX for $425 million from Kingston on February 24, 2021.

The once popular West coast chain Fry's Electronics announced it was going out of business on February 24, 2021.

Epic Games announced it had bought Tonic Games, the developer of Fall Guys, for an undisclosed price on March 2, 2021.

NortonLifeLock announced in August it is merging with Avast for $8 billion to create a larger cyber security firm.

Facebook announced it would rebrand its company name to Meta on October 28, 2021.

Intuit completed its acquisition of Mailchimp on November 1, 2021 for approximately $6.3 billion.

Skillsoft announced on December 22, 2021 that it would acquire Codecademy for approximately $525 million. 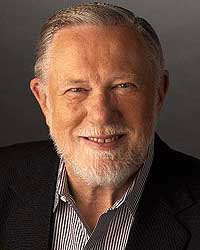