Apple announced it plans on switching its machines to Intel processors on June 6, 2005.

The following are some of the top computer and technology-related terms in alphabetical order that were introduced or popularized during 2005.

Other computer events in 2005

Jeffrey Parson aka T33kid was convicted on January 1, 2005, for the Blaster computer worm.

The Megaupload online service was founded on March 21, 2005, by Kim Dotcom.

NEC Displays becomes a wholly owned subsidiary of NEC and drops the NEC/Mitsubishi name on March 31, 2005.

The Qi programming language was introduced in April 2005.

The Mercurial version control system for software development was released on April 19, 2005.

The first YouTube video entitled "Me at the zoo" was uploaded on April 23, 2005, by Jawed Karim.

Mobilinux for smartphones was announced on April 25, 2005.

Microsoft announced its next operating system, code-named "Longhorn" would be named Windows Vista on July 23, 2005.

Google hires DARPA veteran Vint Cerf in September 2005 to carry on his quest for a global open Internet.

In September 2005, Soltek announced that they were no longer making motherboards and only dealing with computer peripherals.

The Bill Gates and Melinda Gates Foundation pledges $15m to the Computer History Museum on October 17, 2005.

The site Dailymotion came online in 2005.

Adobe acquired Fireworks from Macromedia in 2005.

Paradyne was acquired by Zhone Technologies in 2005.

Sun announces its intentions on moving away from the proprietary nature of Solaris and release most of its code base under the CDDL license and release Solaris under the new name OpenSolaris.

NTT DOCOMO began research and development into the LTE technology in 2005.

ZFS was released as an open-source component of OpenSolaris in 2005.

At the end of 2005, there was over 1.6 billion GSM (Global System for Mobile communication) subscribers in over 200 different countries.

The first issue of Retro Gamer was January 2005.

Guild Wars was released by NCsoft on April 26, 2005. Guild Wars does not require a subscription to play, but instead players purchase episodes, providing unlimited online play for that episode. By April 2009, NCsoft reports that about six million copies of the game were sold worldwide.

Apple released VoiceOver, a screen reader utility for the visually impaired, on April 29, 2005.

Google purchased Urchin in April 2005 and later releases the product as Google Analytics.

Google introduces its personalized homepage in May 2005, which was known as iGoogle. The service was later discontinued.

Kijiji was introduced in May 2005.

MicroSD was first developed by SanDisk and approved as a standard on July 13, 2005.

The Opera Mini browser was introduced on August 10, 2005.

The Pandora Internet Radio service was launched on August 25, 2005.

The chat service Meebo was released in September 2005.

The OLPC (one laptop per child) was released to the public on November 16, 2005.

Microsoft released the Xbox 360, the second generation of their popular game console on November 22, 2005.

AMD (with their Opteron ) and Intel both release their first versions of a dual-core processor in 2005.

FreeNAS was introduced in 2005.

Krita was initially released in 2005.

Kubuntu was introduced in 2005.

The Smart Folder was introduced to macOS in 2005.

uTorrent was released in 2005.

The online computer game Defense of the Ancients was released in 2005.

A wheelie bin or trash can marked out by a X with a bold underline symbol was introduced by the Waste Electrical and Electronic Equipment Directive for products manufactured after 2005. The symbol indicates the product should not be thrown away, but instead should be sent back to the manufacturer for disposal. The directive is an European community directive was first created in 2002 as a way to help deal with the environmental impacts of electronic waste.

Discontinued products and services in 2005

GAIA was incorporated in April 2005.

Automattic was founded in 2005 by Matt Mullenweg.

Carbonite was founded in 2005.

Data Robotics was founded in 2005.

Ingenic Semiconductor was founded in 2005.

Masthead Studios was founded in 2005.

Noctua was established in 2005.

OpenDrive was founded by Stuttgart and VIRES Simulationstechnologie GmbH in 2005.

TeamViewer was founded in 2005.

Techcrunch was founded in 2005.

Comcast G4TechTV dropped the "TechTV" part of their name to become "G4" in February 2005.

Yahoo! announced that it would acquire the popular photo service Flickr on March 21, 2005.

On June 1, 2005, PCChips announced that announced it would merge with ECS (Elitegroup Computer Systems, Inc.).

On June 11, 2005, FingerWorks declared that it had gone out of business.

In August 2005, The WELL was purchased by the Salon Media Group.

ScanSoft acquired by and renamed to Nuance on October 18, 2005.

In October 2005, Chaintech renamed itself to Walton Chaintech Corporation.

Adobe completed its acquisition of Macromedia that included products such as Dreamweaver and Flash on December 3, 2005.

Ahead Software changes its name to Nero in 2005.

Canopus went out of business in 2005.

Clickworker was found in 2005.

Lenovo completed the acquisition of IBM's Personal Computing Division in 2005.

Nextel Communications merged with Sprint in 2005.

StorageTek was acquired by Sun Microsystems in 2005.

Hitachi became the wholly owned subsidiary of IBM's hard drive division at the end of 2005.

CyberDrive went out of business in 2005. 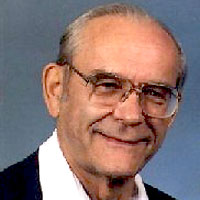