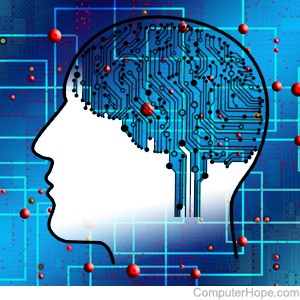 Machine learning, or ML, is a branch of AI focused on creating computer systems that accomplish tasks without explicit instructions. Instead of being told step-by-step and case-by-case how to do something, ML systems "learn" by repeatedly processing "training data" (representative sets of example information). The results of the processing are graded by how close they are to a desired result. This process is repeated with the best-scoring algorithms and parameters used as the basis for new ones.

ML is useful when a set of input data is massive or unfeasible to process with a human-written algorithm.

The phrase "machine learning" was coined by IBM engineer and AI pioneer Arthur Samuel in 1959. He came up with the term to describe a computer he designed to play checkers, analyze previous games played, and improve its future play choices.

As a field of scientific study, ML branched off from AI in the 1970s and 1980s. At this time, scientists were experimenting with various AI techniques, including neural networks and inductive logic programming, to help computers intelligently process data. In the 1990s, ML shifted its focus from simulating intelligence to finding practical approaches to complex, massive data analysis.