Other computer events in 2015

Microsoft sells the remainder of its Microsoft Surface devices running Windows RT and has no plans on releasing any future products using Windows RT.

Ross Ulbricht, the man behind the website Silk Road, was convicted on February 4, 2015.

The BQ Aquaris E4.5 Ubuntu Edition became the first phone running the Ubuntu operating system to be released on February 11, 2015.

In February 2015, the U.S. Department of Homeland Security advised users to remove Superfish software, because it exposes computers to cyber attacks.

A drone from Flirtey made a medical delivery on July 17, 2015, and became the first government-approved drone delivery.

In 2015, Swift was open-sourced to encourage community-driven development of the language itself.

OnePlus' OxygenOS was released in March 2015.

Amazon officially released the Amazon Echo to the public in June.

Blizzard released the battle arena game Heros of the Storm on June 2, 2015.

Google introduced Android Pay for all Android-based smartphones on September 11, 2015.

Samsung released Samsung Pay for its smartphones on September 28, 2015.

AMD announced on November 2, 2015, that the Catalyst drivers were now going to be known as Crimson.

Google made TensorFlow open-sourced for public use in November 2015.

BookStack was created in 2015 by Dan Brown.

Google Photos was released by Google in 2015.

Kubernetes was released by Google in 2015.

Hopebot was integrated into the Computer Hope search in 2015.

WebAssembly began being developed in 2015.

PayPal released the PayPal.Me service in 2015.

Amazon Flex was introduced in 2015.

Bigtable was made available to the public in May 2015 as an optional component of GCP (Google Cloud Platform).

The Internet browser Brave was released in 2015.

Google announced it would be deprecating SPDY in 2015.

Google Fi is a phone carrier service introduced by Google in 2015.

NVIDIA Shield was introduced in 2015.

Discontinued products and services in 2015

Google announced it discontinued Google Code on March 12, 2015. Thousands of the Google open-source products were moved to GitHub.

On April 30, 2015, all OnLive services were discontinued.

Comma.ai was founded in 2015 by George Hotz.

Essential Products was founded in 2015.

PeopleHum was founded in 2015.

ValiMail was founded in 2015 by Peter Goldstein and Alexander Garcia-Tobar.

In January 2015, Playtech acquired YoYo Games for $16.4 million, and is now a subsidiary of Playtech.

Sony sold Sony Online Entertainment, the publisher of the MMO EverQuest, on February 2, 2015.

RadioShack filed for bankruptcy on February 6, 2015.

In March 2015, Silicon Image was acquired by Lattice Semiconductor.

Micro Focus completed its acquisition of Novell on April 6, 2015.

On May 2, 2015, Leo Laporte brought back "The New Screen Savers" on his TWiT network. The show intends to bring back many of the favorite things from "The Screen Savers," a show that first aired on ZDTV and TechTV.

In May 2015, Broadcom was purchased by Avago Technologies Ltd. for $37 billion. After the purchase, the company was renamed to Broadcom Limited.

The Impact Team announced on July 15, 2015, that it had hacked the Ashley Madison site and would release all information about its 35 million users if the site did not shut down. On August 18th and 20th, several gigabytes of user details were released after the site refused to shut down.

CSR was acquired by Qualcomm on August 14, 2015, and renamed as Qualcomm Technologies International.

In September 2015, Good Technology was acquired by BlackBerry, Ltd. for $425 million.

In September 2015, Amazon discontinued development and sale of the Amazon Fire Phone.

Alphabet was founded on October 2, 2015 by Larry Page and Sergey Brin.

Dell announced on October 12, 2015, that it had agreed to acquire EMC for approximately $67 billion.

Dot Hill Systems was acquired by Seagate Technology in October 2015.

Tesla announced that on October 15, 2015, that qualifying Tesla Model S cars would be receiving the Autopilot update that allows the Tesla cars to assist the driver.

On December 07, 2015, NXP announced it had completed the merger of Freescale.

Ansible was acquired by Red Hat in 2015.

LastPass was purchased by LogMeIn in 2015.

Mixamo was purchased by Adobe in 2015.

Rise of the Centaur was released in 2015. 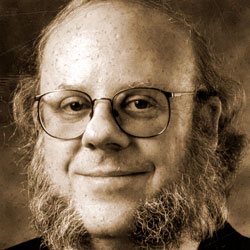