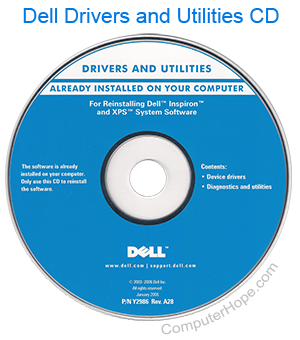 What devices may not need drivers?

Today's operating systems have many generic drivers that allow hardware to work at a basic level without needing drivers or software. However, if that device has features unknown to the operating system, it will not work without drivers. For example, you could plug any keyboard into a computer and expect it to work. However, if that keyboard has any special keys or features, they will not work until the drivers are installed.

The operating systems' generic drivers may not be updated as often as those from a hardware manufacturer or computer manufacturer.

What happens if a driver is not installed?

If the appropriate driver is not installed, the device may not function properly, if at all. With some devices, the device may work, but all of its features may not work. For example, a computer mouse usually works without drivers, but if it has more buttons than the traditional mouse, those extra buttons will not work until the drivers are installed.

For Microsoft Windows users, missing drivers may cause a driver conflict or an error in the Device Manager. If problems or conflicts are encountered with drivers, the computer manufacturer or hardware manufacturer releases a driver update to fix the problems. If updated drivers are available, those drivers need to be installed to replace the existing driver code.

Can a driver make my computer do more?

Does a driver work for all operating systems?

When a driver is designed, it's for a specific operating system (platform). For example, a Microsoft Windows 11 driver may work with an early version of Windows (e.g., Windows 10), but it wouldn't work for macOS or Linux.

Almost all computer and hardware manufacturers provide free drivers, updates, and software. You can find a list of direct links to all company's pages through our computer driver page.

However, companies no longer in business or products that are no longer supported may not offer free drivers. In this situation, third-party companies may host and offer drivers but charge for them.

As long the driver you're downloading comes from a reputable source, like the device manufacturer, it is considered safe. If you have to download a driver from a third party, it's difficult to know if they've modified the driver code. Unfortunately, like any computer software, drivers can also be infected with viruses and malware. We recommend having an antivirus installed and running on a computer before downloading and installing a driver from a third party.