How to take a screenshot 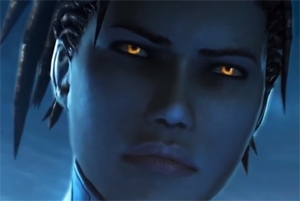 There are several ways to capture a screenshot. Usually, each method differs based on which computer operating system you are using and the content of which you take a screenshot. To proceed, look at the menu below and choose the approach that best suits your needs.

How to take a screenshot in Microsoft Windows

The simplest way to take a screenshot of your monitor is to press the Print Screen key on the keyboard. This action captures an image of the entire screen and copies it to the computer clipboard. Once in the clipboard, paste that screenshot in Microsoft Paint, another image editor, Microsoft Word, or any program capable of accepting images.

If you press and hold the Alt key and then press the Print Screen key, a screenshot of the active window is taken instead of the fullscreen.

Windows 8 and Windows 10 users can press the Windows key+Print Screen to take a screenshot of their screen and have the image automatically saved as screenshot.png in the My Pictures folder.

Windows Vista (not home basic), Windows 7, Windows 8, and Windows 10 users can also use the Snipping Tool to make a picture out of a portion of the window.

Once the image is successfully pasted into a program, it can be saved or printed.

How to take a screenshot in macOS

Apple macOS users can take a screenshot of an entire screen by pressing Command+Shift+3. This action creates a new TIFF file on your desktop.

To capture only part of the screen, press Command+Shift+4, and then select the area of the screen you want to screenshot.

To copy your screenshot to the clipboard instead of creating a file, press Control+Command+Shift+3 or 4.

Once the image is successfully created, it can be opened and edited or printed.

How to take a screenshot on a Chromebook

To take a screenshot of the whole page, press Ctrl+

To take a screenshot of only part of a page, press Ctrl+Shift+

How to take a screenshot on a Microsoft Surface Pro

Using the device - Press and hold the Windows icon on the bezel of your Surface Pro, and then press the volume down key.

Using the type cover - Press and hold the Windows key and the Fn key, and then press the spacebar.

How to create a screenshot in the Chrome browser

Due to Android smartphones and tablets having many manufacturers, the method for capturing a screenshot is not always the same. If this action is performed properly, a screen animation indicates the picture was taken. The screen capture is saved to your photo gallery.

When done properly, the screen should flash, and if the volume is turned up, you hear a sound of a picture being taken. The screen capture is saved to your pictures.

Do not hold these buttons down. Press and release them at the same time quickly.

Screenshots with other software, programs, or games

If you cannot successfully create a screenshot using the methods above, a third-party software program may be of use. Below is a listing of some screenshot programs you may want to consider.

With the Windows 10 Creators Update, you can use the keyboard shortcut Windows key+Alt+Print Screen (or customize the shortcut key) to take screenshots in games.

Many games include an option that enables players to press the Print Screen or F11 key to capture a screenshot. The key varies between games. We recommend you refer to the game key options or the manual for information about this availability. If this is not available, see the next section.

If you have an NVIDIA video card, you can use the GeForce in-game overlay to capture screen shots.

To grab a single screenshot image from a movie or video file, see the following link.

Where are screenshots saved?

The location where screenshots are saved varies based on the method you used to take them.

Although many of the programs listed above allow you to capture screenshots, they may not have the appropriate features for making changes to your images. We suggest editors mentioned in the link below to perform cropping, rotations, or other similar tasks.

How to print a screenshot?

After capturing a screenshot, it can be opened in any image editor (mentioned above), that also allows you to print from that program.

After making a screenshot, the picture file can be shared like any other picture on the computer. For example, you could e-mail the screenshot to a friend or upload the picture to Facebook or another social network website.