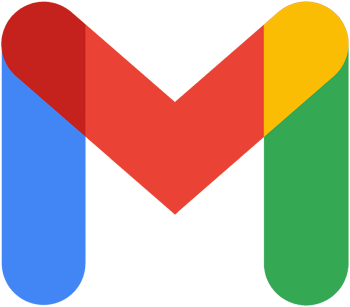 Google announced Gmail on April 1, 2004. Many people take it as an April Fools' Day joke.

Blizzard's World of Warcraft game, the most popular and successful MMORPG was released on November 23, 2004.

Other computer events in 2004

Google jumps into the Social Networking with the release of Orkut in January 2004.

The IBM Eclipse project became a not-for-profit foundation in January 2004.

The MyDoom computer virus with 250,000 infected computer began to DoS attack the SCO site on February 1, 2004.

The last official release of NEdit was in 2004.

The hacktivist group Anonymous was created on 4chan in 2004.

Roblox began being created in 2004.

In 2004, TARGA changed its name to TARGA GmbH and expanded its products and services to include consumer electronics and online photo services.

The Cabir aka SymbOS/Cabir virus and the first known cell phone virus was discovered on June 14, 2004, and was capable of spreading to other Symbian phones over Bluetooth.

Google now has more than 100 domains.

The term grayware was coined in September 2004.

The first release of Ubuntu was released on October 20, 2004.

Soyo announced it no longer manufactures motherboards and changed its name to Hao Teng Technology in November 2004.

80 Plus certification for power supply units in computers was launched by Ecos Consulting in 2004.

Grouper was released in 2004. The service is now known as Sony Crackle.

Nginx was first released to the public in 2004 by Igor Sysoev.

The first functional version of ReactOS is was released, featuring compatibility for programs compiled for Windows Server 2003.

Intel released the BTX 1.0a revision in February 2004.

VIA introduced the Mobile-ITX motherboard form factor in March 2004.

Confluence was introduced by Atlassian in 2004.

Half-Life 2 was released by Valve Corporation on November 16, 2004. Successor to the original Half-Life game, over 12 million copies of the game are sold by February 2011. The game won 39 "Game of the Year" awards and was also named "Game of the Decade" by several magazines publishers and at the 2012 Spike Video Game Awards.

Counter-Strike: Source was released in November 2004.

The PSP (PlayStation Portable) was initially released on December 12, 2004.

The final version of FoxPro (Visual FoxPro 9.0) was released by Microsoft in 2004.

GarageBand was introduced with iLife by Apple in 2004.

Hamachi was introduced in 2004 by Alex Pankratov.

Markdown was developed by John Gruber and Aaron Swartz, and first released in 2004.

Nintendo DS was first released in 2004.

Vudu was introduced in 2004. The service would later be purchased by Walmart.

The first version of the video editor DaVinci Resolve is released by da Vinci Systems.

TrueCrypt was first released in 2004.

Computer companies and organizations founded in 2004

Tilera was founded in October 2004.

Business Machines was founded in 2004.

Mindtouch was founded in 2004.

Rosewill was founded in 2004 by Newegg.

Vimeo was founded in November 2004 by Jake Lodwick and Zach Klein.

The X.Org Foundation (X.Org for short) is a non-profit organization founded in January 2004.

ZoneAlarm was founded in 2004.

Discontinued products and services in 2004

Adobe PageMaker was discontinued in 2004.

AMD discontinued the Duron in 2004 and introduced a new processor as a replacement, called the Sempron.

ABS announced on April 30, 2004 that it would partner with Nutrend.

The PC maker Gateway closed all its retail stores on April 2, 2004.

Bethesda obtains rights to the Fallout game series and announced on July 12, 2004 they were working on Fallout 3.

Kelkea purchased the assets of MAPS.

Freescale is spun-off from Motorola.

Chinon became a fully owned subsidiary of Kodak Japan in 2004.

GECAD Software changed its business structure and focus in 2004, including a name change to GECAD Group. 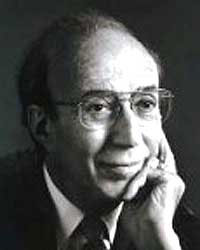