Apple announced iPadOS for their tablet devices in June 2019.

Computer and technology-related events in 2019

The first folding smartphones are introduced in February 2019 with Samsung introducing the Galaxy Fold and the Huawei Mate X from Huawei.

Huawei is banned from doing business with U.S. companies due to political tension with China. This lead to Google no longer supporting Android on Huawei smartphones.

Version 1.0 of the Nim programming language was released on September 23, 2019, after eleven years of public release, development, and community contributions.

On October 15, 2019, Sigma Designs announced its dissolution and liquidation of its assets.

In November 2019, the government of China prohibited the sale of loot boxes to children under age 8, and restricted the amount of money adults can spend on loot boxes per month.

The cloud-based gaming service Stadia was released by Google in November 2019.

A modernized Android version of the clamshell Motorola Razr flip phone was released in the form of a smartphone in 2019.

Adobe Fresco was released in 2019.

Pixelbook Go was introduced in 2019.

Discontinued products and services in 2019

In May 2019, it was discovered that 885 million First American user account details were posted online because of a data breach.

In April 2019, it was announced that Facebook had mistakenly exposed more than 540 million of its users records (more than 146 gigabytes of data).

Mitsubishi Chemical Corporation announced the sale of the Verbatim brand to CMC in June 2019.

CORSAIR announced it had acquired ORIGIN PC on July 24, 2019.

Broadcom announced on August 9, 2019 they were acquiring the Enterprise Security software division of Symantec for $10.7 billion.

Verizon agreed to sell Tumblr to Automattic on August 12, 2019.

Cray was acquired by Hewlett Packard Enterprise on September 25, 2019.

Yahoo announced that Yahoo Groups would no longer accept new content on October 28, 2019, and that all user created content would no longer be hosted after December 14, 2019.

Compro went out of business in October 2019.

Google announced it would be acquiring Fitbit for $2.1 billion on November 1, 2019.

Symantec was renamed to NortonLifeLock on November 4, 2019.

Amtrade Products went out of business in December 2019.

Apple discontinued the MagSafe connector on its MacBooks in favor of the USB Type-C connector in 2019.

Cable One was rebranded to Sparklight in 2019.

The Nest brand of devices was changed to Google Nest in 2019.

In 2019, Roccat became a subsidiary of Turtle Beach.

L3 Technologies merged with Harris Corporation in 2019 and changed its name to L3Harris Technologies.

As of 2019, Super Mario Bros. and its sequels have sold over 330 million copies worldwide.

Houseparty was purchased by Epic Games in 2019.

The Framework company was founded in 2019.

Verifi was purchased by Visa in 2019.

The first episode of Valley of the Boom was released on January 13, 2019. 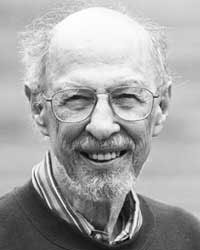