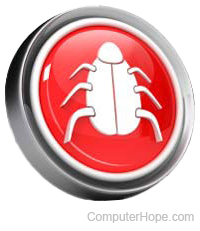 On January 3, 2018, information about Meltdown and Spectre attacks were first publicly released. The security flaws affect nearly all the world's computers and smartphones and could allow someone to get the contents of memory including sensitive information such as passwords.

On March 17, 2018, The New York Times and the Guardian revealed that the firm Cambridge Analytica harvested 50 million Facebook profiles and used that data to help Donald Trump's election team.

Other computer and technology-related events in 2018

In February 2018, an RCE was discovered in Valve's proprietary Steam protocol that had been undetected for ten years.

On May 21, 2018, Epic Games announced it would provide $100 million for Fortnite e-sports tournament price pools in the first year of competitive play.

The European Union GDPR (General Data Protection Regulation) law went into effect on May 25, 2018, for companies who conduct business in the EU. Some of the new laws GDPR enforces include:

Companies found in violation of any of the new laws could face fines as high as 20 million Euros or 4% of the companies global revenue.

The name "bitcoin cash" was proposed in July 2018 by ViaBTC.

In July 2018, Radioshack was reborn, and sells its products within HobbyTown locations nationwide.

The Apple iPhone XS was introduced as an upgraded version of the X was released on September 21, 2018.

In October 2018, Apple announced that future models of the iPad would use the USB-C connection instead of the Lightning connection.

The Apple iOS 12 update in 2018 added Shortcuts and group calling capabilities to FaceTime, allowing a maximum of 32 iPhone users to join the same call.

The OnePlus 6 and 6T smartphones were released in 2018.

Samsung introduced the Samsung DeX in 2018.

Google merged Nest Labs into its home devices division in 2018 that would become Google Nest.

In 2018, Kaspersky reported an estimated 187 million different viruses or related threats, including viruses and threats for computers and mobile devices.

Google merged Google Wallet and Android Pay into Google Pay and released the service for all Android and iOS devices on January 8, 2018.

Two versions of PUBG mobile were released for Android and iOS on February 9, 2018.

AMD introduced an upgraded version of Zen, named Zen+, was released in April 2018.

On June 21, 2018, the University of Michigan announced the creation of the "world's smallest computer," an ARM Cortex-M0 microcontroller measuring 0.3 mm on each side.

In June 2018, AMD announced the Vega Instinct, the first GPU manufactured with a 7 nm fabrication process.

ByteDance acquired Musical.ly on August 2, 2018, and merged it into the TikTok app.

Amazon released the second edition of the Amazon Echo Plus on September 27, 2018.

The Fire TV Stick 4K was released in October 2018.

Adobe Premiere Rush was released in 2018.

Apple introduced the Apple HomePod in 2018.

The Measure app was introduced as part of the iOS 12 update in 2018.

One UI was released by Samsung.

Screen Time app and the Memoji was introduced by Apple in 2018.

Discontinued products and services in 2018

The Groove Music platform was later discontinued on January 1, 2018.

Essential Phone was discontinued in 2018.

Goobuntu was discontinued in 2018.

Support from Google for the Nexus 6P ended in November 2018.

Development of Swype was discontinued in 2018, and the application was removed from the App Store and the Google Play Store.

Eve Systems was founded in 2018 by Elgato.

Microsoft's Groove Music platform that was discontinued on January 1, 2018.

Signal foundation and Microsoft partner to bring end-to-end encryption to Skype on Jan 11, 2018.

In January 2018, KrolLDiscovery changed its to KLDiscovery Ontrack, LLC.

In January 2018, Piriform Software Ltd. moved its website to CCleaner.

Amazon acquired Ring in February 2018, making it a subsidiary of Amazon.com.

In April 2018, T-Mobile announced it would be merging with Sprint.

In June 2018, Time Warner was acquired by AT&T, and its name was changed to WarnerMedia.

Logitech announced it would be acquiring Blue Microphones for $117 million on July 30, 2018.

In September 2018, MetroPCS was re-branded as Metro by T-Mobile.

On October 28, 2018, IBM announced its plans to acquire Red Hat for approximately $34 billion.

Elgato was purchased by Corsair in 2018.

As of 2018, Twitter had 320 million active users and over $3 billion in annual revenue. 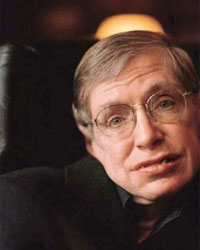