Other computer events in 2013

Facebook introduced Graph Search in January 2013 as it offers some users early beta access to the service. Graph Search was later released to everyone and allows people to use natural language in the Facebook search.

The popularity of drones grew rapidly beginning in 2013.

Microsoft announced in February that it would be moving away from Hotmail brand and begin moving over 300 million users to the new Outlook.com e-mail service.

Sony officially announced the PlayStation 4, a replacement for the PS3 gaming console on February 20, 2013.

One of the biggest cyberattacks in Internet history happens on March 29, 2013, as a massive DDoS attack targets The Spamhaus Project.

Adobe announced that they would no longer release new versions of their popular Creative Suite bundles on May 6, 2013. Going forward, all Adobe software is only accessible via a Creative Cloud subscription.

On June 24, 2013, Apple announced it had no intentions of continuing to develop Safari for the PC or Microsoft Windows.

Google announced it would purchase Waze, a popular mobile social map application for $1.1 billion on June 11, 2013.

Google introduced the Chromecast on July 24, 2013.

IDG announced on July 10, 2013, that the August edition of PC World magazine would be the last print edition of the magazine.

The Furusawa group at the University of Tokyo succeeds in demonstrating complete quantum teleportation of photonic quantum bits on September 11, 2013. This achievement helps bring quantum computer even closer to reality.

The trojan virus Cryptolocker was discovered in September 2013. The spread of Cryptolocker was stopped in May 2014, and was estimated that over $27 million was paid by victims as ransom, the largest ransomware total to date.

In 2013, Acer, ASUS, and others announce they have no intentions of making any new versions of netbooks, officially killing the netbook computer.

The first gaming tablet was released by Razer, named the Razer Edge Pro, on March 1, 2013. It is a tablet computer designed for playing PC games, with the power and performance to do so. It featured an Intel Core i7 processor, 8 GB RAM, 256 GB SSD, NVidia GeForce GT 640M 2 GB video card, and a 10.1-inch display.

Waze was purchased by Google in June 2013.

Intel officially announced CPUs based on Haswell architecture on June 4, 2013.

Primecoin, a cryptocurrency, was launched on July 7, 2013.

Apple introduced the iPhone 5c and 5s with Touch ID and Secure Enclave on September 10, 2013.

Gridcoin, a cryptocurrency, was launched in October 2013.

Intel introduced the second generation of the Xeon Phi processors in 2013.

Mozilla introduced the Firefox OS in 2013.

Google Glass was first introduced in 2013.

Pushbullet was released in 2013 by Andre von Houck, Chris Hesse, and Ryan Oldenburg.

Slack was first introduced in 2013.

Swype, an on-screen keyboard application for iOS and Android smartphones was released.

Syncthing was introduced in 2013.

The Ripple cryptocurrency launched in 2013.

Talk.to was first introduced in 2013.

The term unicorn company is coined in 2013 by Aileen Lee.

Vue was first developed in 2013 by former Google employee Evan You.

Discontinued products and services in 2013

On March 15, 2013, Microsoft discontinued Messenger in favor of Skype.

Fuduntu was discontinued in April 2013.

Adobe announced the discontinuation of Adobe Fireworks on May 6, 2013.

The Nextel iDEN network was officially shut down on June 30, 2013.

The RSS/Atom reader Google Reader was discontinued on July 1, 2013.

On July 6, 2013, Microsoft announced that they were shutting down MSN TV and would be officially closing the service on September 30, 2013.

Google Latitude was discontinued on August 9, 2013.

Google discontinued its Google Checkout on November 20, 2013, and replaced it with Google Wallet.

The MMORPG EverQuest game was officially shut down in November 2013.

The chat service Meebo was shut down in 2013 after merging with Google+.

Canonical, the creator of Ubuntu, stopped supporting Wubi in 2013.

The Mega cloud storage and backup service was started by Kim Dotcom on January 19, 2013.

The US division of Atari filed for bankruptcy on January 21, 2013.

In January 2013, Pervasive Software was acquired by Actian.

In February 2013, Hewlett-Packard announced it will no longer offer VoodooPC products and closed the website.

GameSpy announced it was no longer going to be updating its site on February 21, 2013.

Belkin purchased the Linksys brand of networking equipment from Cisco on March 15, 2013.

On December 2, 2013, Toshiba announced that it had purchased nearly all OCZ's assets for $35 million.

The company RIM (Research In Motion) changes its name to BlackBerry Limited.

DoorDash, an on-demand service for universal food delivery was created in 2013.

Doorbot in founded in 2013 by Jamie Siminoff. The company would later become Ring.

In April 2013, Disney shut down LucasArts.

Open Whisper Systems was founded in 2013 by Moxie Marlinspike. 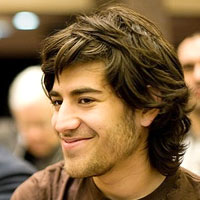