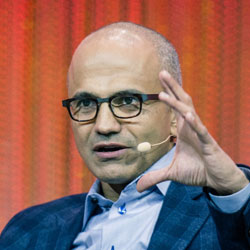 Satya Nadella took over as Microsoft CEO on February 4, 2014.

Other computer events in 2014

On February 7, 2014, the bitcoin exchange Mt.Gox filed for bankruptcy after $460 million was reported stolen by hackers and another $27.4 million went missing from its bank accounts.

The development of TrueCrypt discontinued on May 28, 2014.

In July 2014, Tilera was acquired by EZchip Semiconductor.

The Macworld magazine announced it would cease all print production on September 10, 2014.

Information on the Shellshock vulnerability was first released to developers in September 2014.

Microsoft announced on September 30, 2014, the next version of Windows, which would be called Windows 10.

On October 1, 2014, a Japanese man was sentenced to two years in prison for manufacturing 3D printed guns. He becomes the first person to serve time for a 3D printed gun.

Apple released the Yosemite version of OS X on October 16, 2014.

The FIDO Alliance released their first official specification on December 9, 2014.

On December 9, 2014, IBM announced it would no longer support Lotus Symphony.

The largest bug bounty was awarded in 2014, when Unix specialist Stéphane Chazelas discovered the Shell Shock vulnerability in the widely used Bash shell.

Squarespace was introduced in January 2014.

Antshares, a cryptocurrency, was released in February 2014, and was later renamed to "NEO"

OnePlus released the OnePlus One smartphone on June 6, 2014.

The DDR4 specification for Random Access Memory was released in September 2014.

Apple introduced the Apple Pay and Force Touch features for its devices on October 20, 2014.

The HTML5 programming language was recommended and released to the public on October 28, 2014, by W3C.

Amazon officially released the Amazon Echo to the public on November 4, 2014.

Touch ID was introduced to iPads in 2014 with the release of the iPad Air 2.

Amazon Photos was introduced in 2014.

Aseprite was released in 2014.

The Babel programming language was released in 2014.

Beginning in 2014, GrubHub began offering its own delivery service for restaurants that do not deliver.

TOTAL VPN, a virtual network solutions company, was founded in 2014.

Vidme was first introduced as Viddme in 2014.

Windows Insider was introduced with the Windows 10 update in 2014.

Discontinued products and services in 2014

The PlayStation Portable consoles were discontinued in 2014.

Addlink Technology was founded in 2014.

LumaForge was founded in 2014.

On January 7, 2014, Commtouch changed its named to CYREN.

Google announced on January 13, 2014, that it had reached an agreement to acquire Nest for $3.2 billion in cash. Nest was the manufacturer of the Nest thermostats and smoke alarms.

On January 26, 2014, Google announced it had agreed to acquire DeepMind Technologies for $650 million.

On January 29, 2014, Google announced it would sell Motorola Mobility to Lenovo for $2.91 billion.

Sony announced it would sell its PC business to a Japanese investment firm on February 6, 2014.

The Turtle or Terse RDF Triple Language was approved by the W3C on February 25, 2014.

Vue was initially released in February 2014.

On April 11, 2014, the Galaxy S5 smartphone was released to the public by Samsung.

The Nokia deal with Microsoft was completed on April 25, 2014, making Nokia now Microsoft Mobile in a deal totaling $7.17 billion.

Google announced on June 20, 2014, that it would acquire Dropcam, the video home monitoring company for $555 million.

On September 15, 2014, Microsoft announced it purchased Mojang the makers of Minecraft for $2.5 billion.

On September 22, 2014, Fullscreen, Inc. became a subsidiary of Otter Media.

On September 30, 2014, Google announced it would stop the Orkut social networking site.

On October 8, 2014, the proposal for Time Warner Cable and Comcast merger was approved.

In 2014, both Panasonic and Samsung announce they are discontinuing plasma screens and no longer plan on making plasma TV's.

SiPix was acquired by its largest competitor, E Ink in 2014.

Ukash was acquired by the Skrill Group and merged into their PaySafeCard online purchasing system. 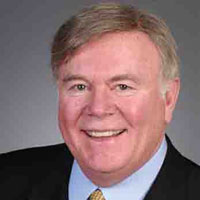